Often overlooked by El Potrero Chico, Central Mexico is a rock climbing sensation in the making

Stay ahead of the curve of the climbing scene in Mexico. Register for a free live info-session with the guide who’s explored the country’s hottest up-and-coming climbing locations. Join us October 19th to learn about the new and unknown crags of Central Mexico.

One thing rock climbers are always looking for are fresh areas to explore. From newly-bolted routes, undiscovered crags, and pristine walls, Central Mexico has all of that in spades. Here to tell you all about its hidden gems is Climbing Guide, Simeon Heimowitz.

After spending 15 years climbing and developing routes in El Potrero Chico’s limestone paradise in the north, Simeon decided to journey southwards and explore what Central Mexico had to offer. What he found were the exhilarating multi-pitch climbs of Peña de Bernal, the tallest monolith in the world; the intricate rhyolite cracks of Cascada de la Concepción, a secluded spot shielded by a massive waterfall; and the cobbled conglomerate of Las Peñas de Dexcani, whose staggering cliffs were formed by ancient eruptions. To Simeon it was clear as day—Central Mexico is a treasure trove of world-class climbing.

Mexico is teeming with North America’s next great winter climbing destinations. If you’re looking for tons of new options, pre-polish-and-crowds, Central Mexico is your ticket this Rocktober and FA-vember. Join this one-hour session and hear from an expert guide who has developed routes all over the continent and written three guidebooks on rock climbing in Mexico. Simeon will answer any questions you may have after his presentation.

WHAT YOU GET IN THIS ONE-HOUR SESSION

Simeon will follow up with a live Q&A session, where you can ask him anything you want to know about the best rock climbing areas in Central Mexico.

Get free professional advice from the local guide whose guidebooks cover climbing in Bernal, Aculco and El Potrero Chico (EPC).

Simeon is a rock climbing guide with over 15 years of experience in guiding in Northern and Central Mexico. He is the owner of SouthernXposure, a climbing school and guiding service in Central Mexico. Simeon has written three guidebooks on Mexico rock climbing, covering the Bernal, Aculco and El Potrero Chico areas, where he has spent over 18 years climbing the crags! 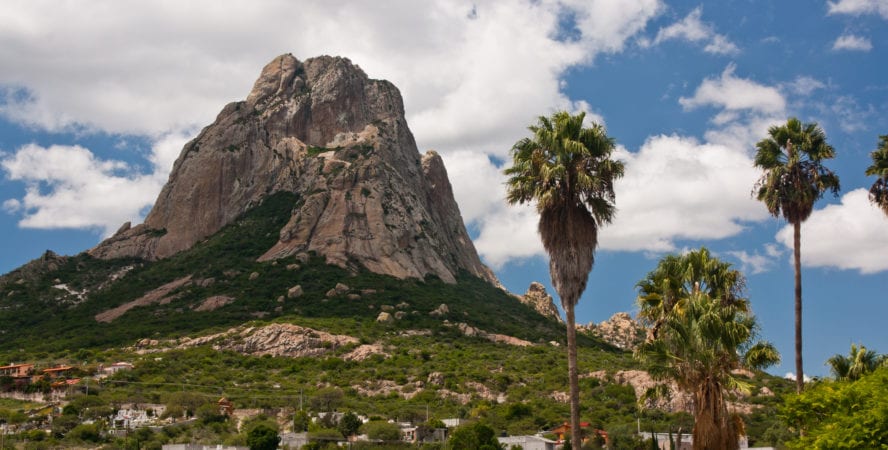 By signing up you will also subscribe to the 57hours newsletter. You may opt out anytime.

Ensure you don’t miss out on the webinar by subscribing to our YouTube channel!

We will also send you an email reminder before the webinar starts.