Sail and Explore the Lofoten Islands in Norway

Deep in the northernmost reaches of Europe, the Kingdom of Norway crowns the Old Continent with a coastline frayed with fjords, isles, and bays. Its most precious jewel is the rugged Lofoten Archipelago, a group of seven islands floating 170 kilometers above the Arctic Circle.

Often referred to as the Lofoten Wall due to its sheer granite cliffs, this archipelago provides a grand natural stage for your multi-sport adventure. In just five days, you’ll sail between traditional fishing villages, kayak in narrow waterways, hike above the deepest fjords—and so much more. 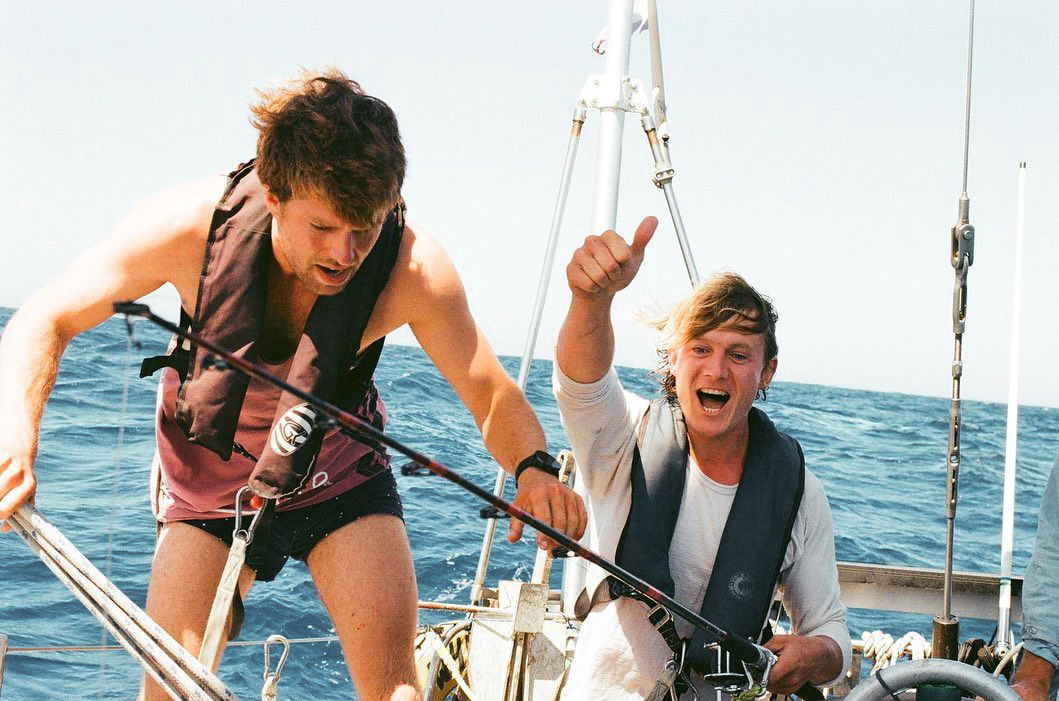 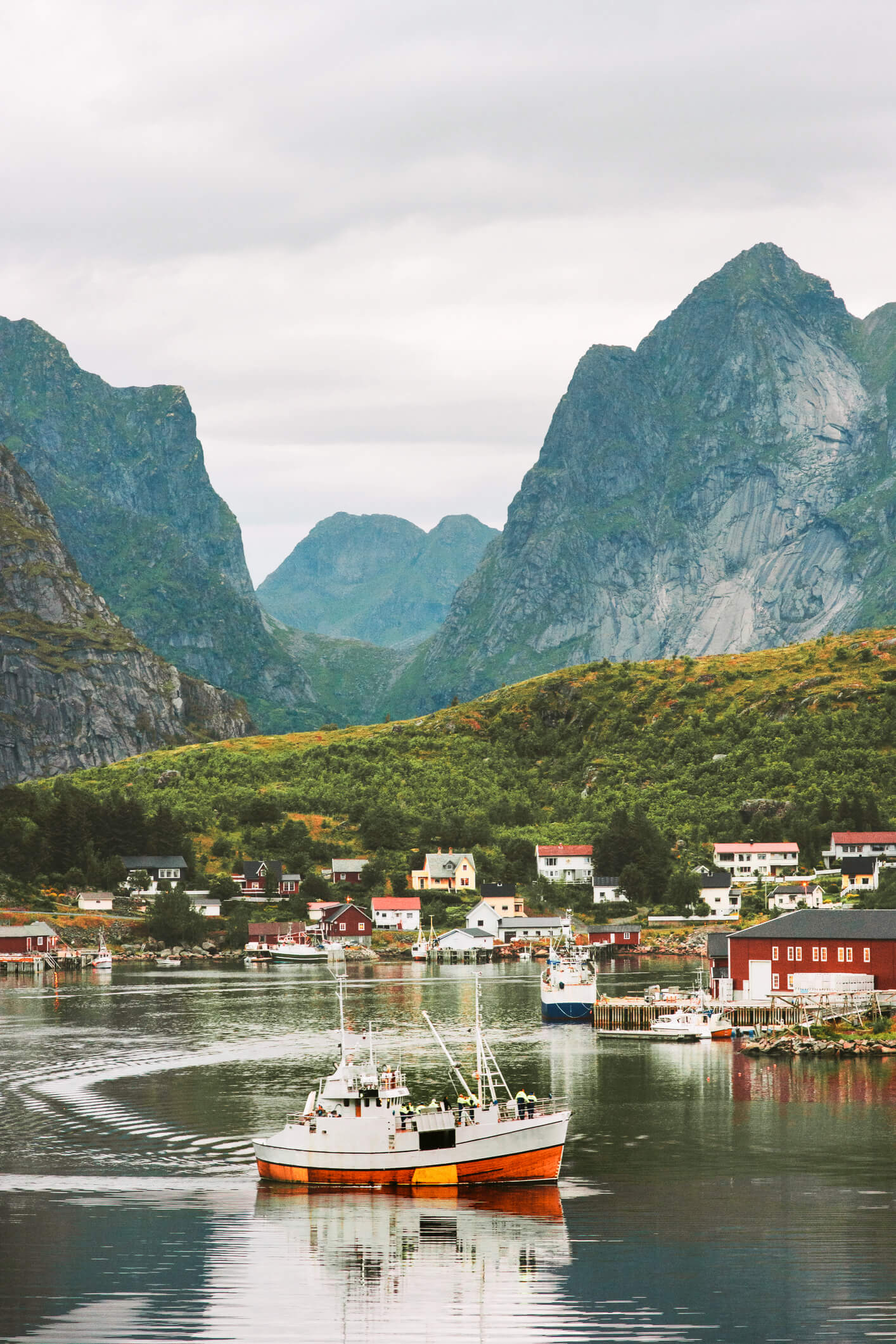 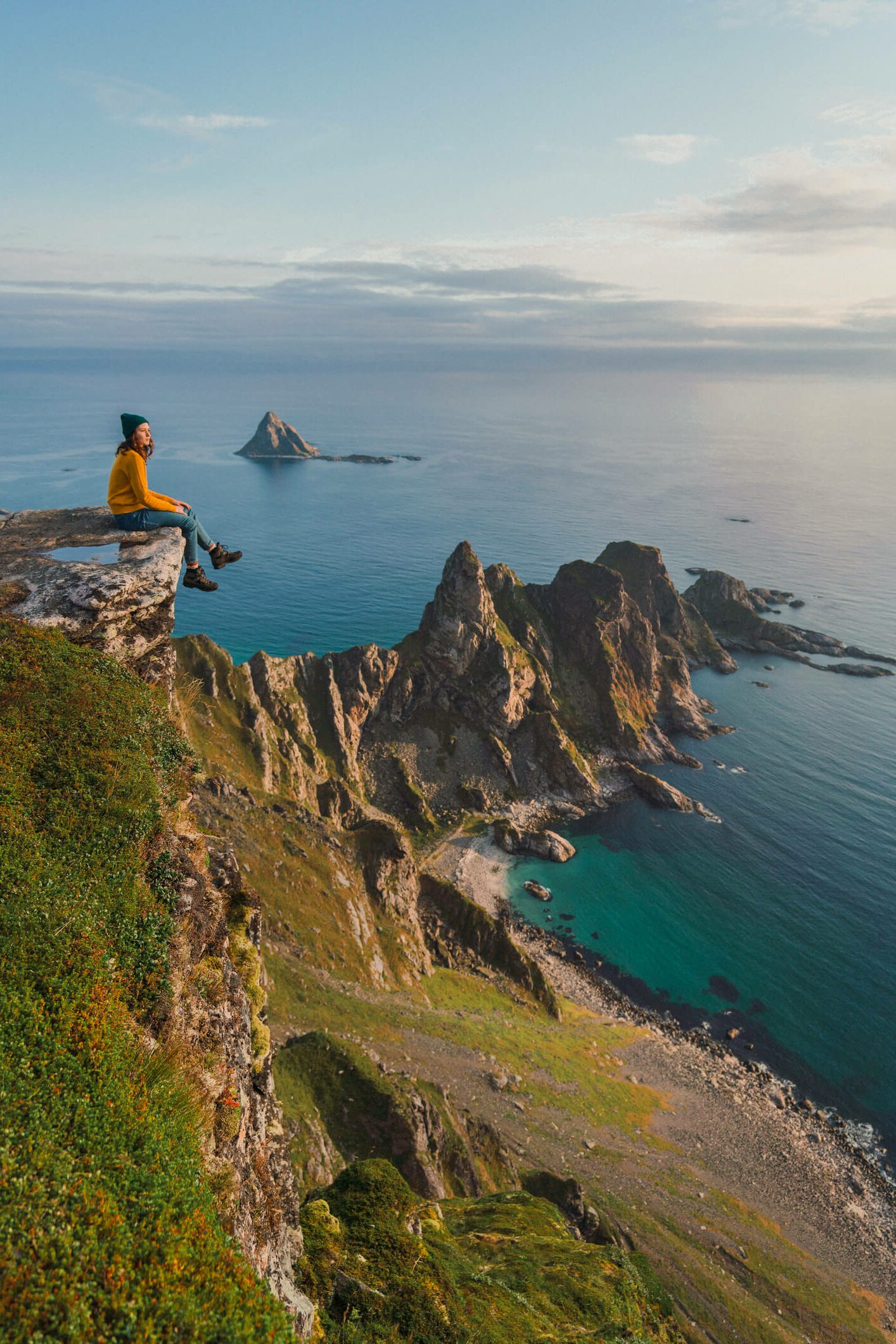 Recreation and relaxation above the Arctic Circle

Between May and July, the rocky islands of Lofoten are bathed in constant daylight by the Midnight Sun. This means lots of opportunities for island-hopping exploits, especially when you’re gliding through straits and fjords with the wind in your sails.

Experience the dramatic beauty of Norway’s glacier-carved landscapes aboard a sailing taxi designed for comfort and durability. Will you go trail running, try your hand at fishing, or simply kick back on the boat? The choice is all yours. 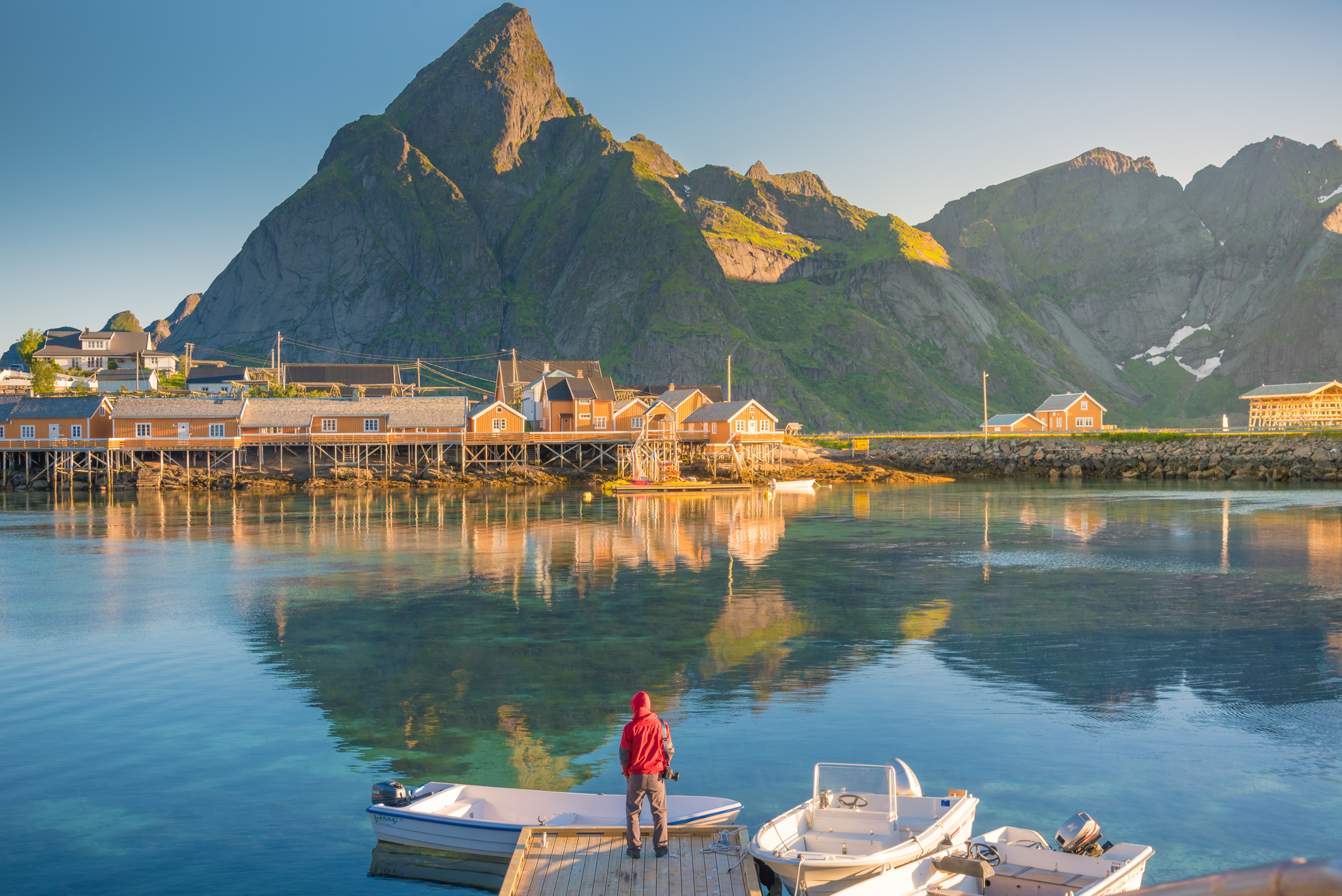 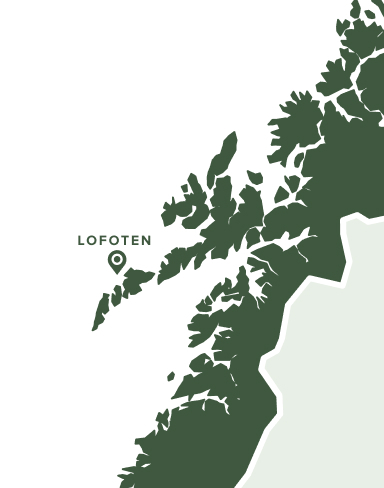 Five days of freedom and fun

This off-grid adventure in Lofoten features a completely personalized itinerary tailored to your group’s age, skill level, and expectations.

With expert guides who know the islands inside out, no two days are ever the same—and not even bad weather can sour the experience. There’s always a Plan B, C, and D.

Your homebase will be the Moondance, a modern sailboat built for expeditions to the Far North. Aboard you’ll find cozy berths equipped with USB chargers, power plugs, and reading lights for a total of nine people (seven guests and two guides), heating, a hot shower, toilet, and washing machine. 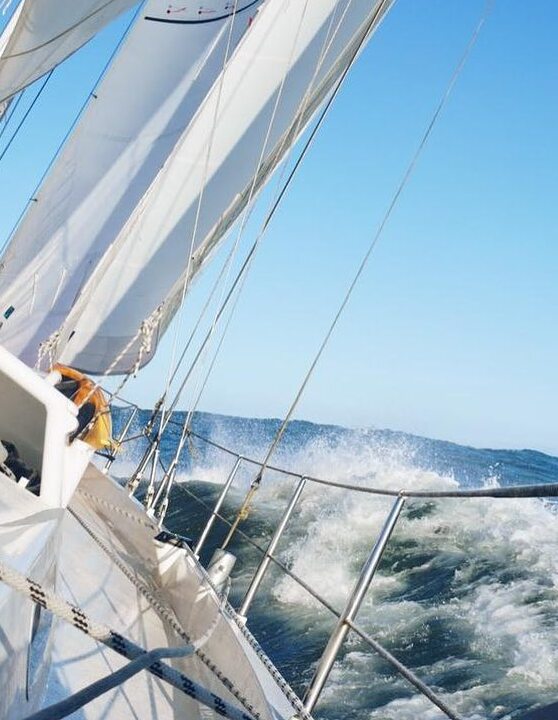 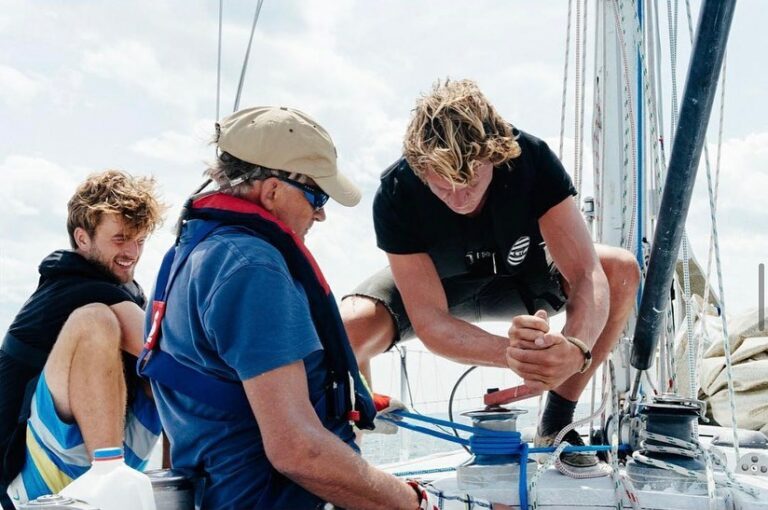 Southern vibes with your northern exposure

Despite lying north of the Arctic Circle, Lofoten has an unexpectedly mild climate thanks to the warm currents of the Gulf Stream. For large parts of the year, temperatures remain between 12 and 26 degrees Celsius (54-79°F), making the summer months an ideal time to visit.

Get ready to discover some of the most picturesque settlements in all of Europe. Henningsvær, the Venice of the North, is celebrated for its colorful traditional architecture, while the sandy, sun-soaked island of Skrova is often called the Hawaii of Lofoten. 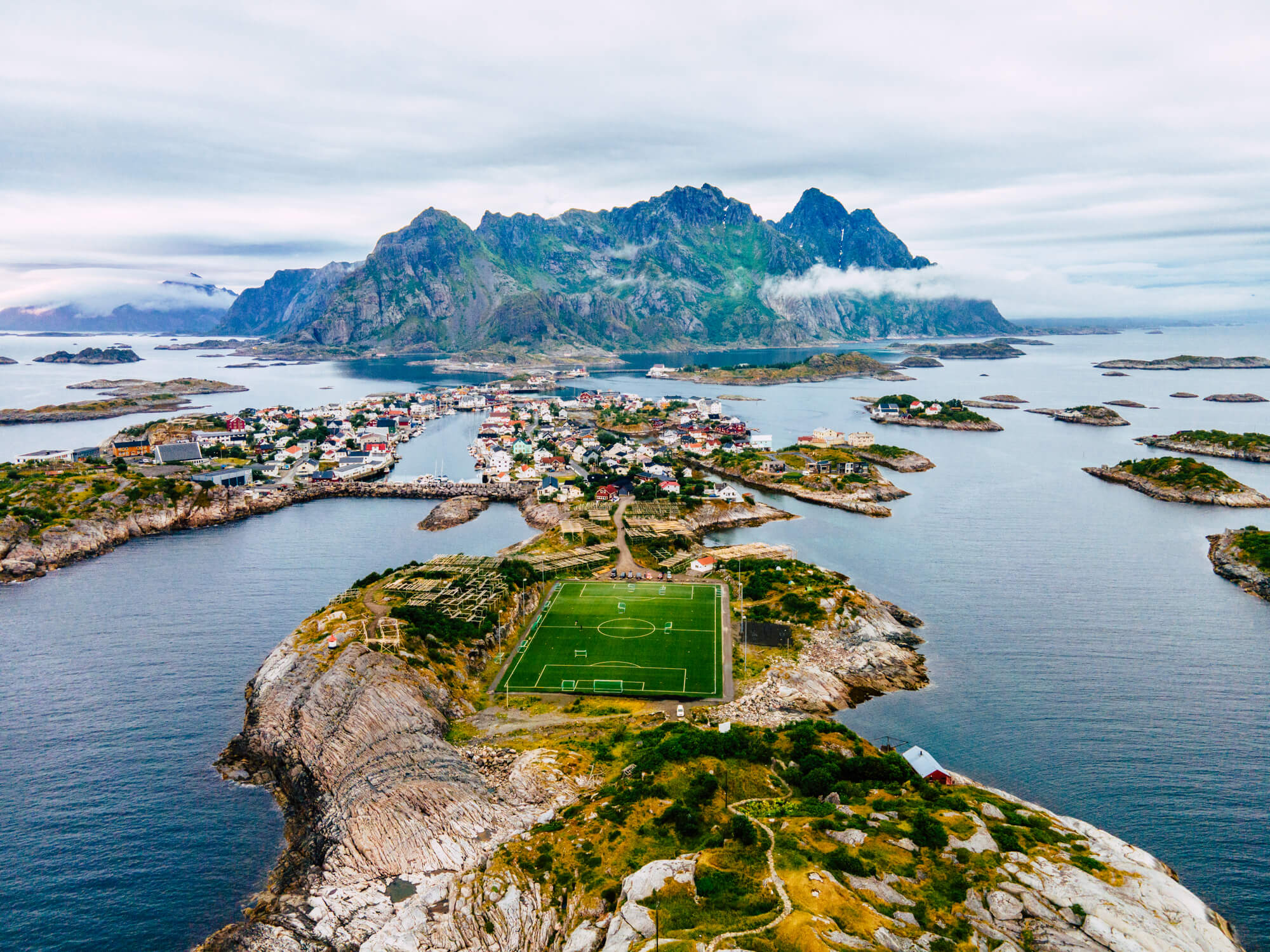 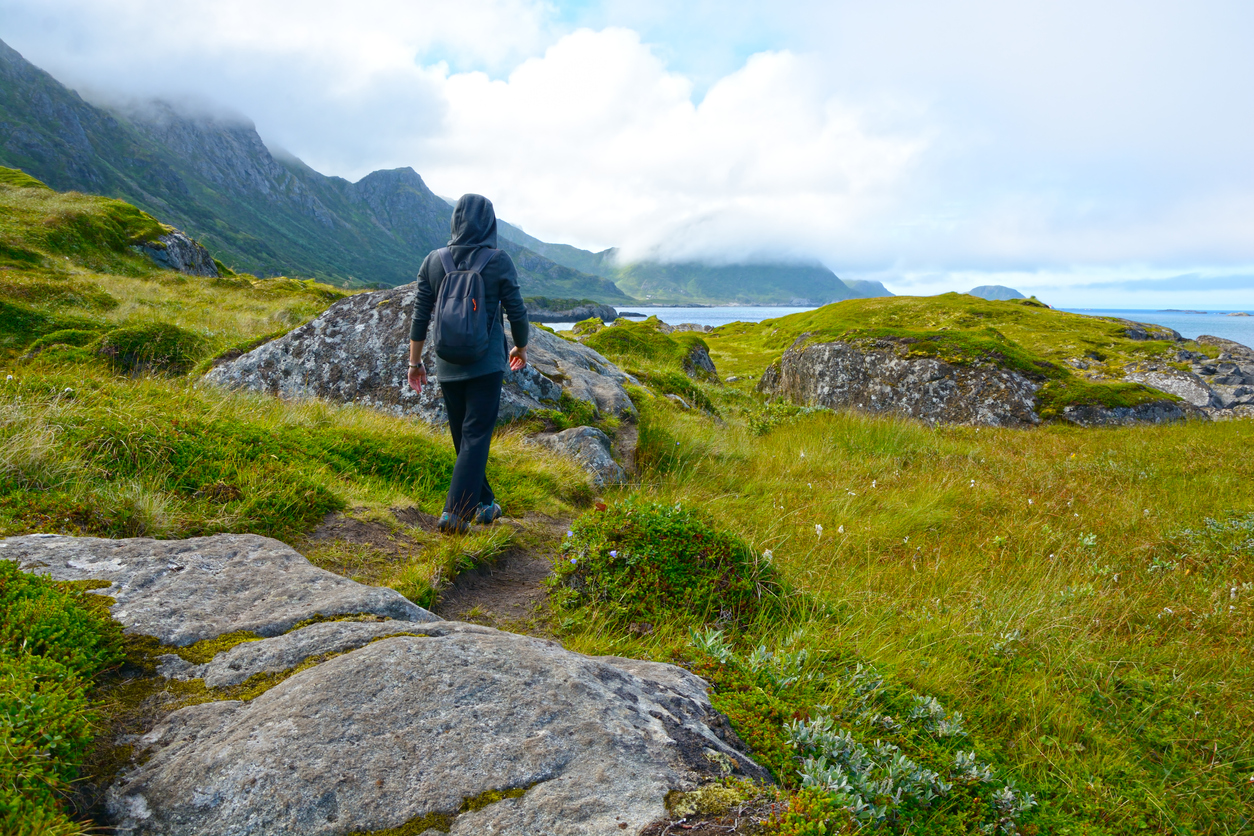 Quench your thirst for adventure 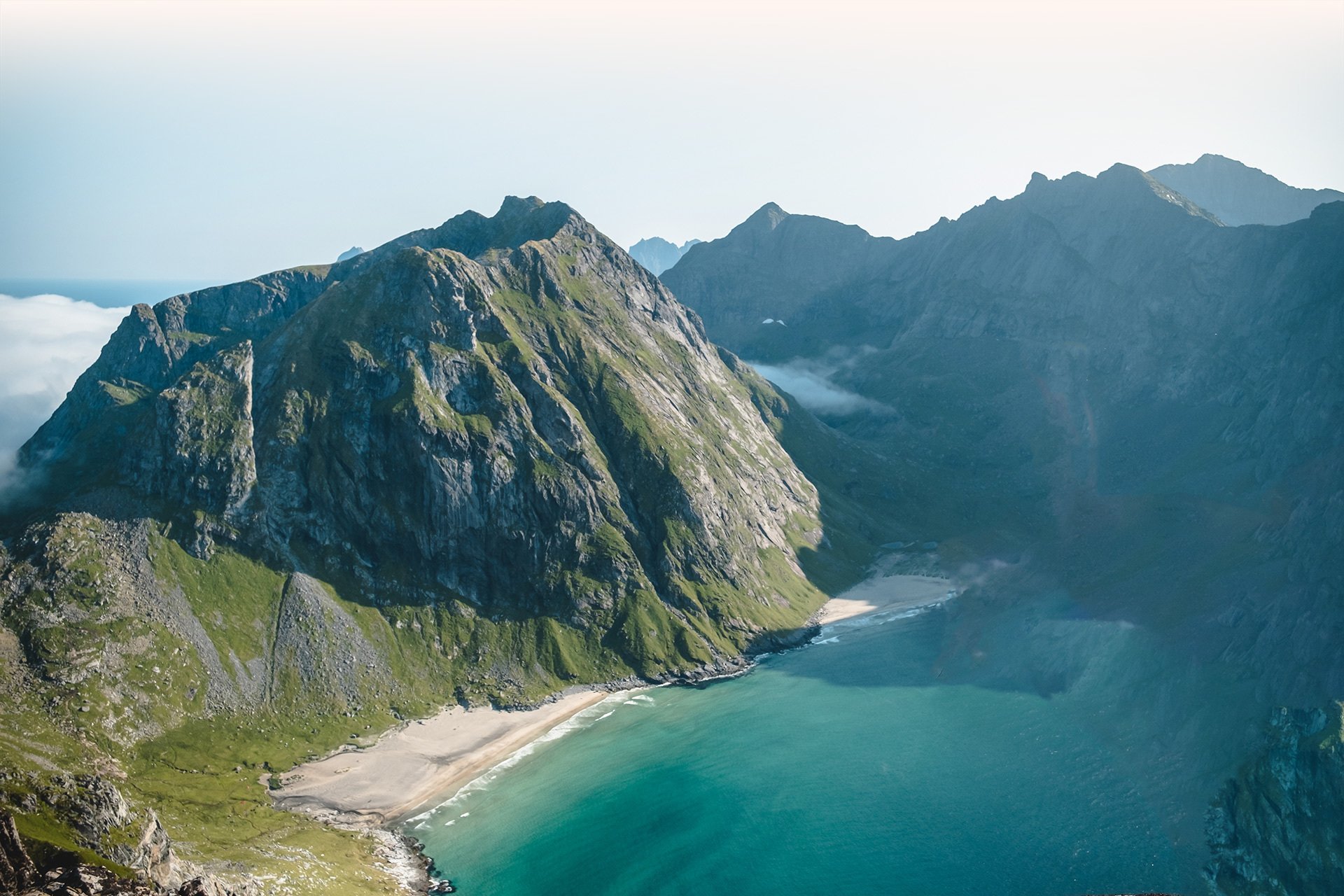 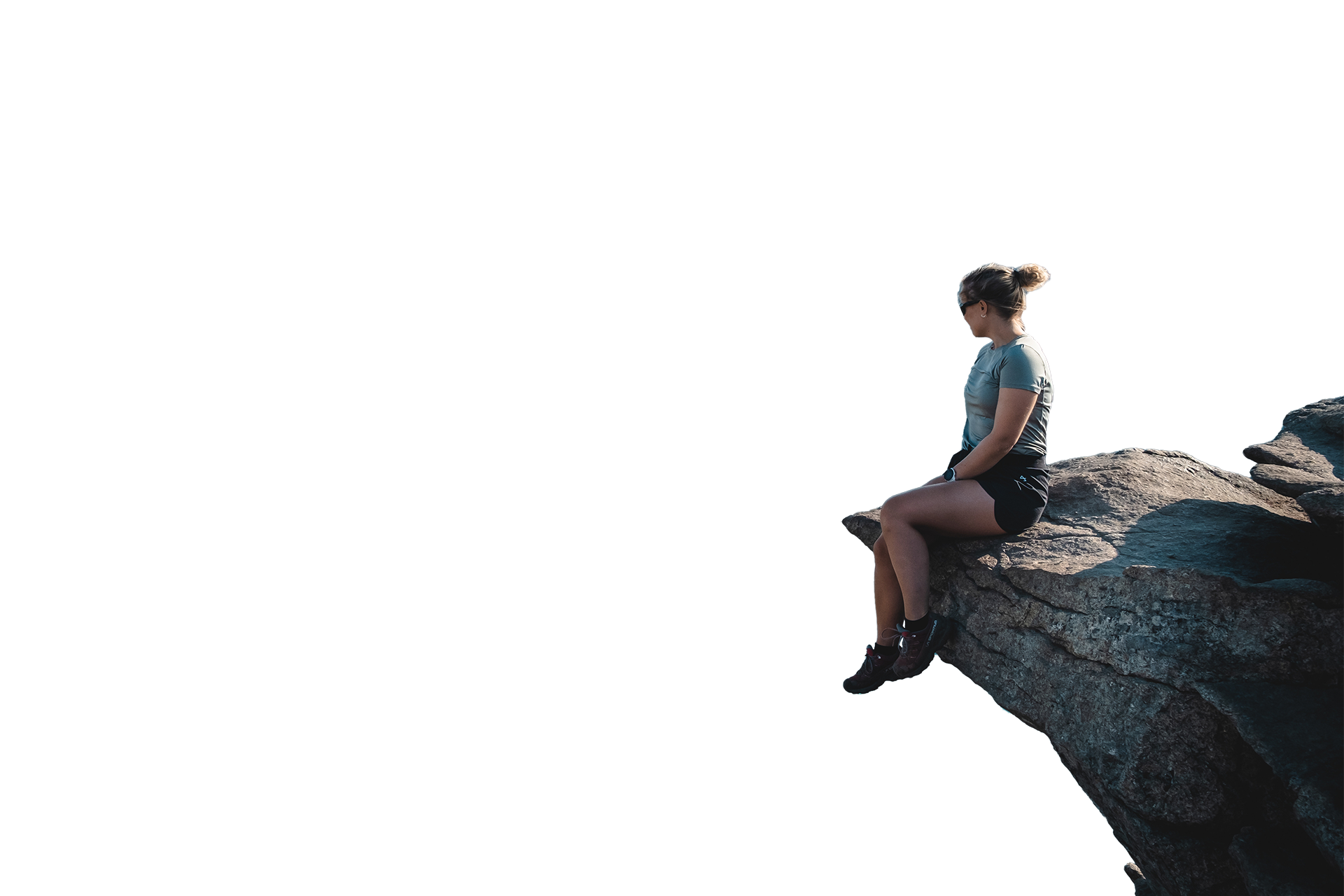 Find serenity in the realm of fjords and fairy tales

A UNIQUE JOURNEY BY LAND AND WATER

Set foot on land and you’ll find yourself on a white sandy beach glistening under emerald peaks. On the mysterious mountain footpaths that wind their way across the landscape, trolls and elves seemingly lie in wait around every corner.

If, however, you decide to trade your motor for oars, you’ll be treated to charming vistas all along Lofoten’s inner shore. Paddle between islets, skerries and sheltered bays where fishermen display their cabins, jetties and fish drying racks with pride. 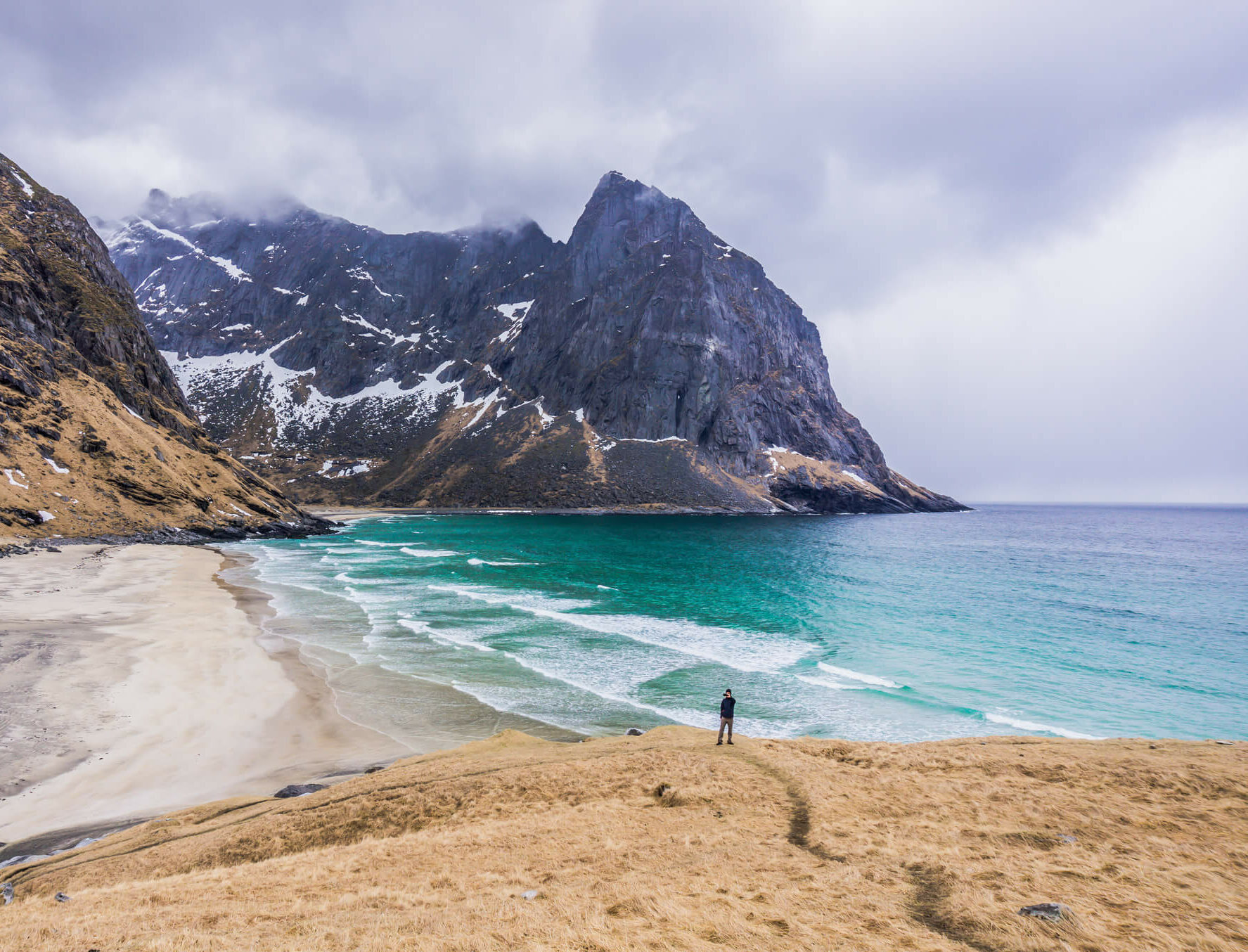 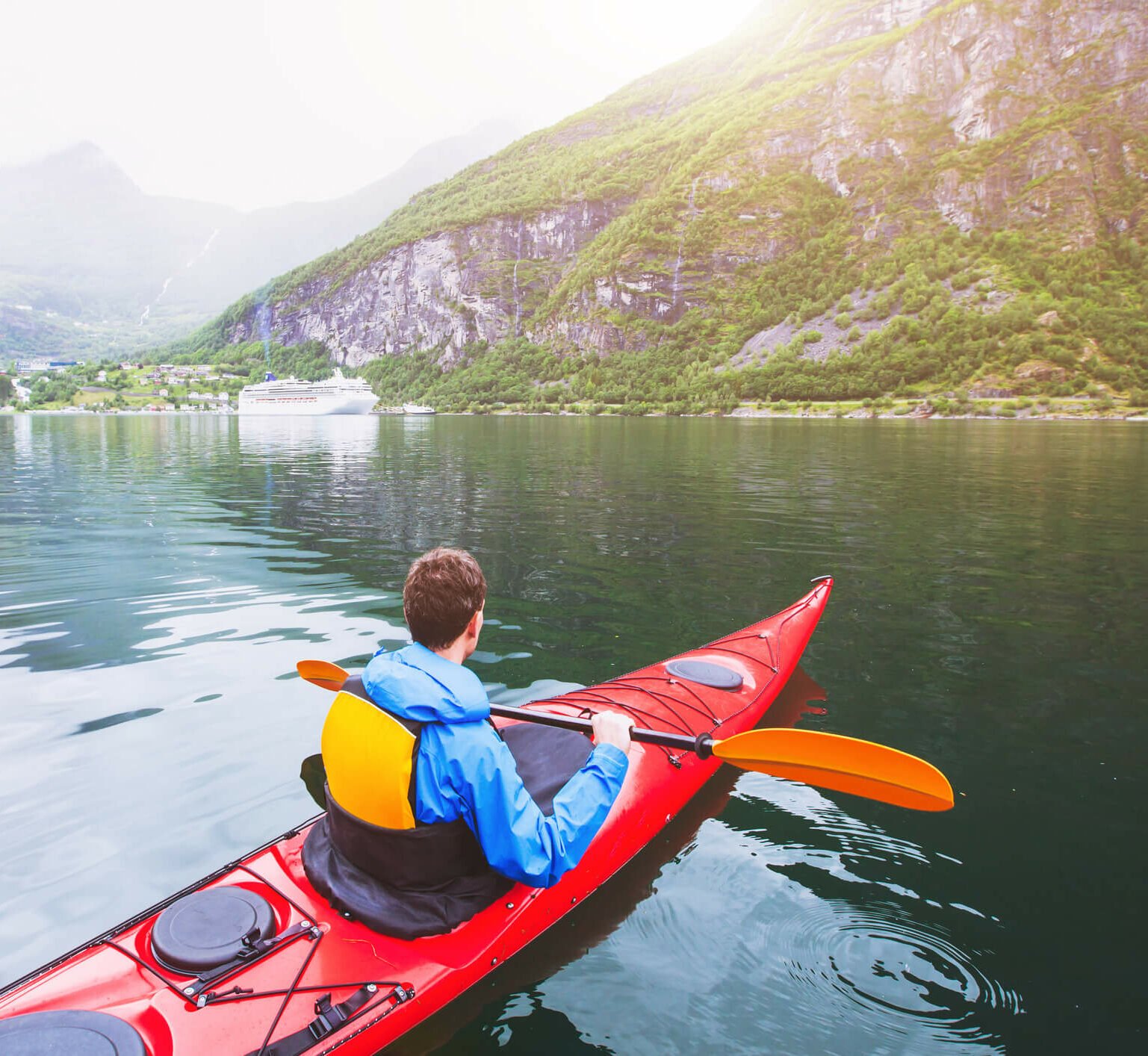 RECHARGE YOUR BATTERIES WITH A NORDIC SAFARI

After burning some calories in Lofoten’s untouched nature, why not switch things up and see how the “locals” handle life in the North? The archipelago is famous for the abundant wildlife populating its land and waters, so pack a camera to capture your discoveries.

Numerous bird species patrol the islands, such as white-tailed eagles and the unmistakable Atlantic puffins. On land, a sizable population of moose roam the woodlands, with plenty of red foxes, grouse, hares, and herons to boot.

And then there’s the fascinating marine life. Seals, otters, countless species of fish, and a famously rich whale population make this a paradise for underwater enthusiasts. Lofoten is also home to the beautiful Rost Reef, the world’s largest known deep-water coral reef. 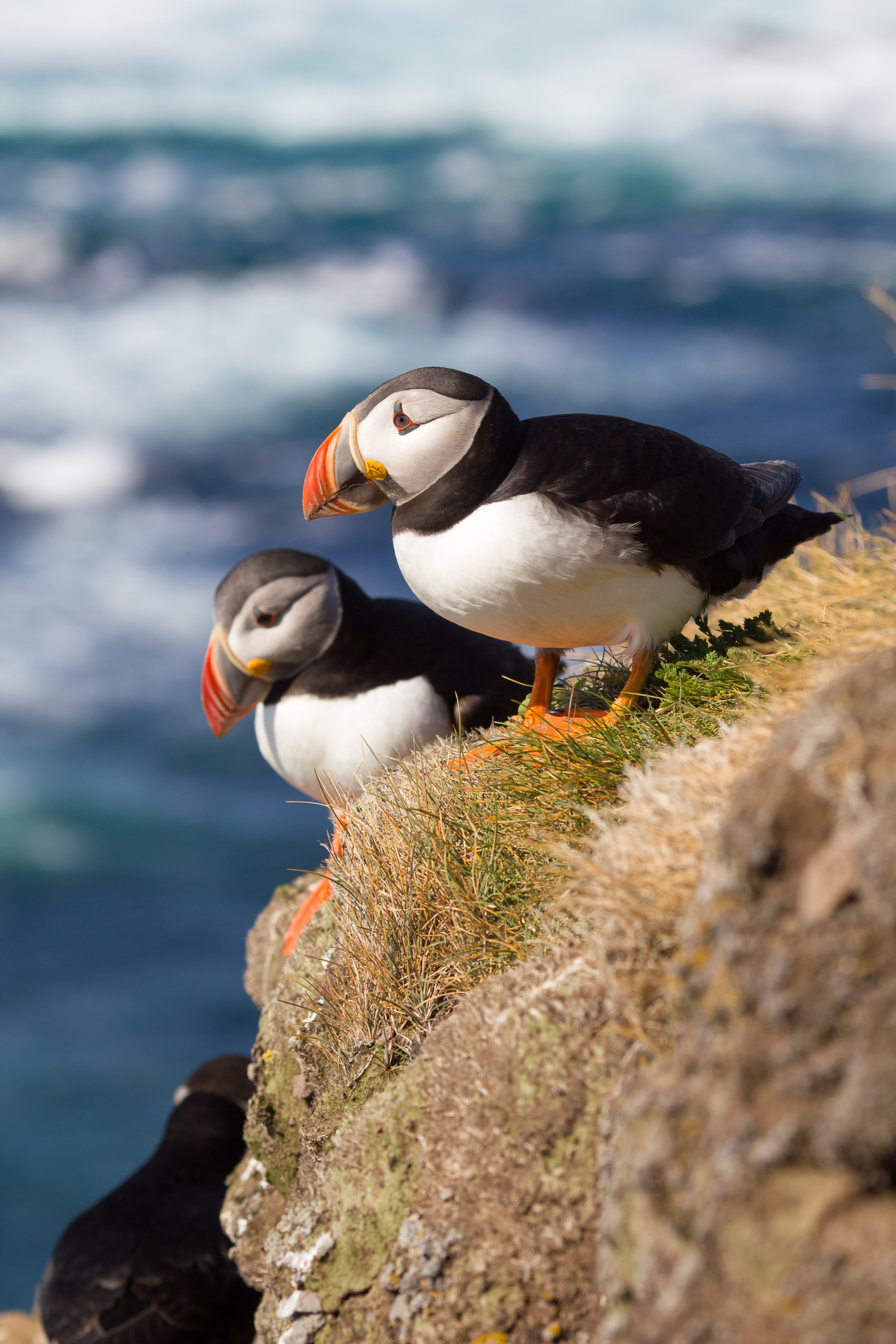 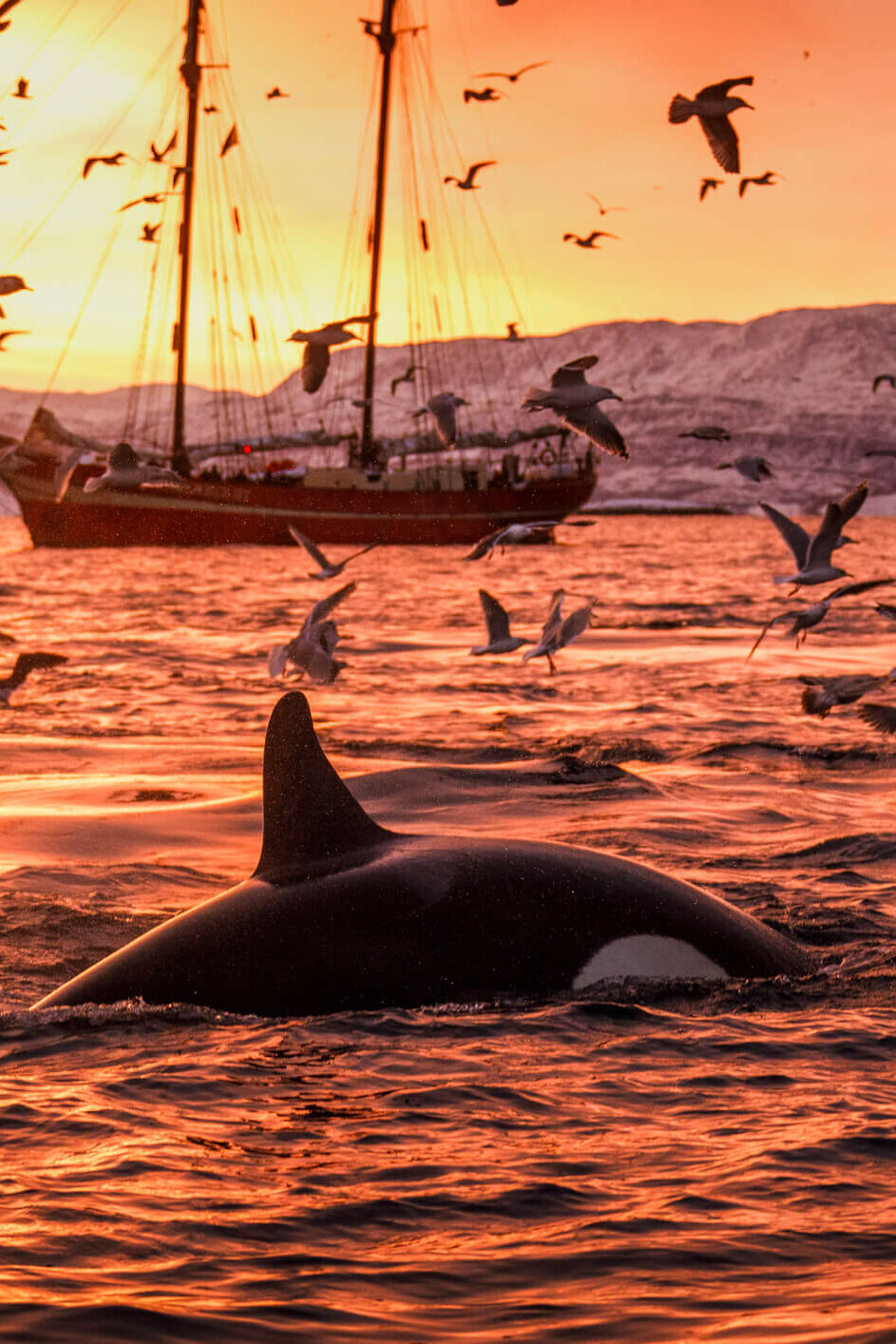 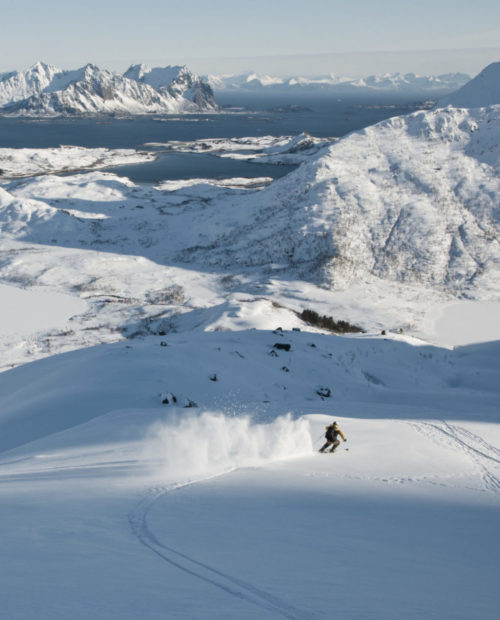 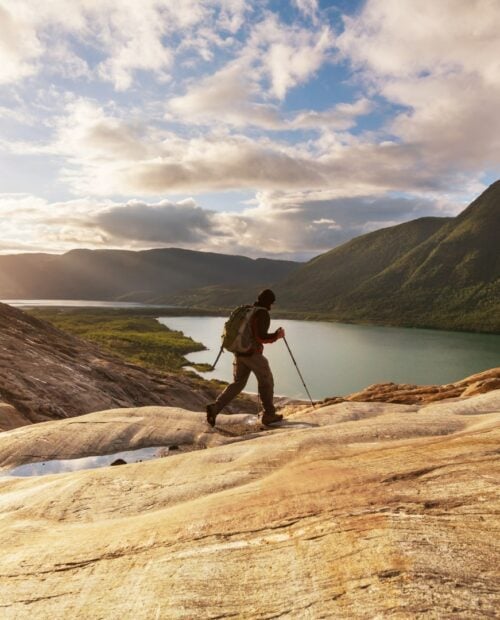 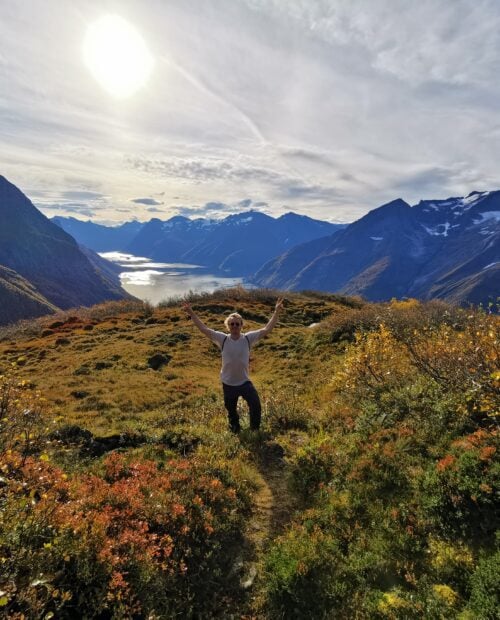 Sailing and Exploring the Coast and Fjords of Norway 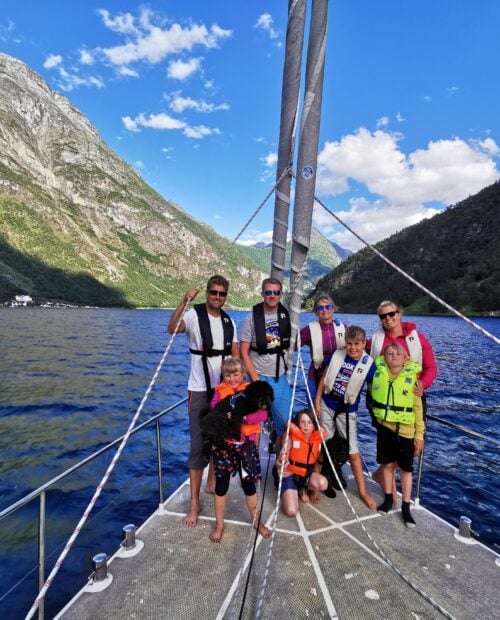 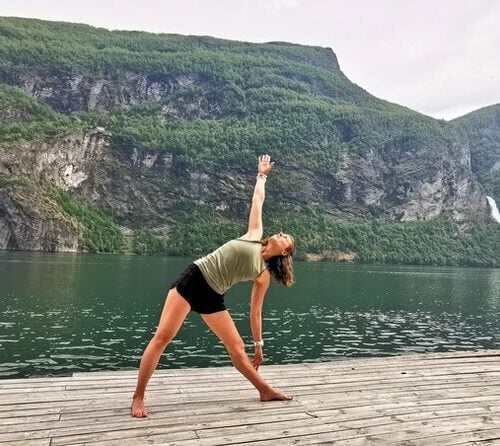 Sail and Yoga Retreat in Norway 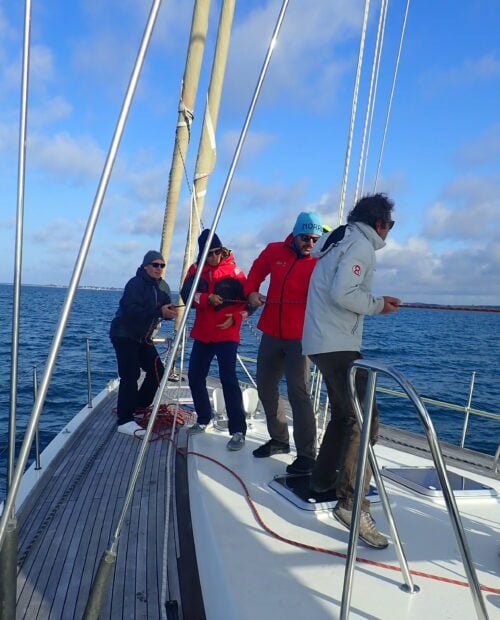 Sail and Explore the Svalbard Archipelago

After you arrive on Sunday evening or Monday morning, your guides will pick you up at the airport and take you to Moondance, your sailing ship and home for the next five days. The ship is docked in the Lødingen harbor, about an hour away from the airport. Once you get there, your guides will tell you all you need to know about the upcoming adventure, talk you through plans for the week, and explain all the safety precautions. They’ll also distribute the workload among the group to ensure optimal workflow.

Enjoy a cup of tea or coffee, then set sail for a beautiful island called Svellingsflaket located 4-5 hours away. You’ll arrive there around 4 PM. You can go for a walk on the island, paddle in a kayak, or read a book on board while the crew prepares a fresh meal. You’ll spend the first night here. 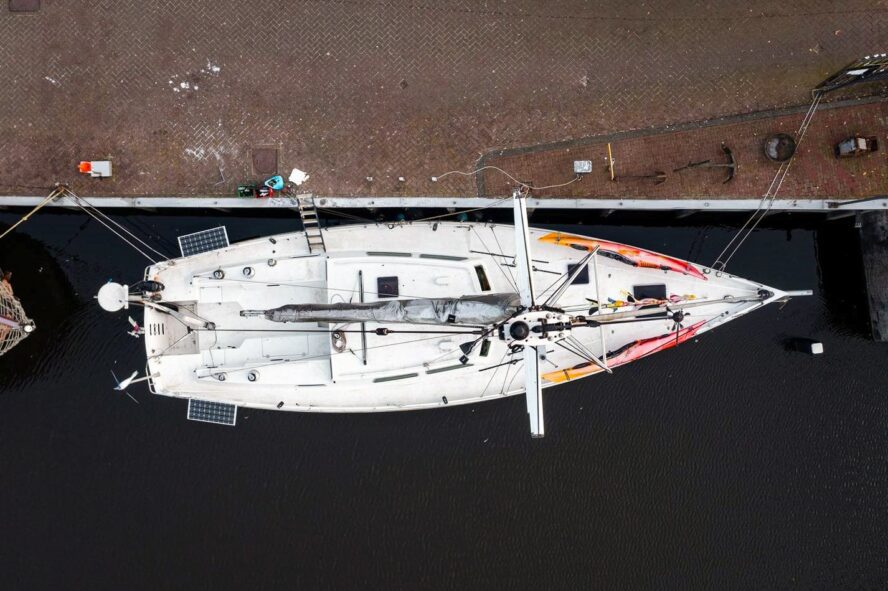 Go for a swim after a hearty breakfast, then set sail to reach an unnamed fjord. It will take around 4 hours and 22 miles to get there. There you’ll explore the neighboring islands. You and the rest of the group might have a little fishing contest here! After an hour, there will be enough fish for everyone and you’ll sail to a nearby anchorage. You’ll get a fileting lesson and the fish you caught will be prepared for dinner. After that, you’ll go on a 3-hour hike to a camping spot next to Lake Saetervatnet. 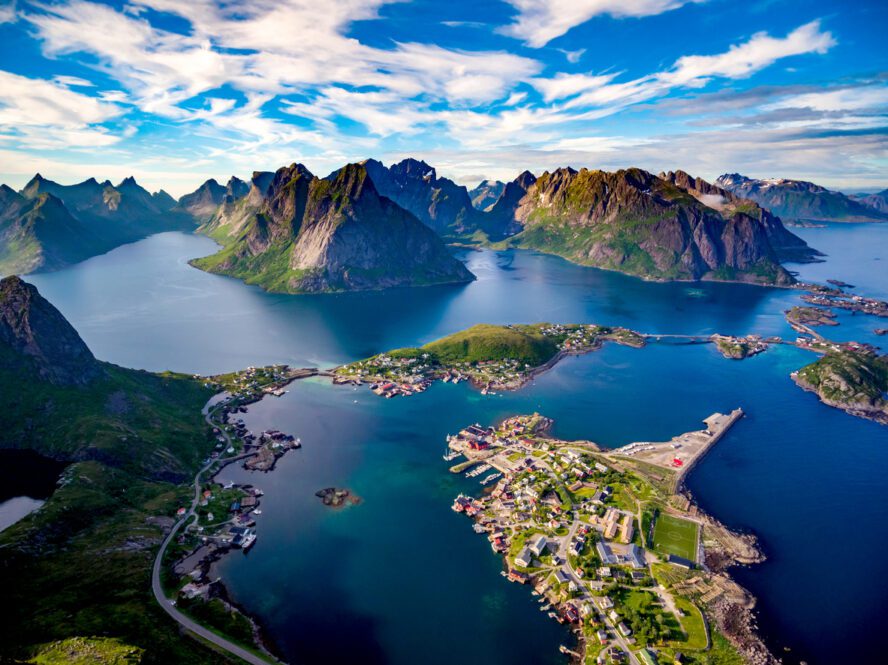 You’ll spend the day hiking on a mountain, after which the crew will pick you up for a late and well-deserved dinner. You’ll sail to the harbor of Kuholmen, where you’ll spend the rest of the day kayaking with a guide. In the evening, you’ll have some free time. Read a book, prepare for the next day, or hit the hay early. 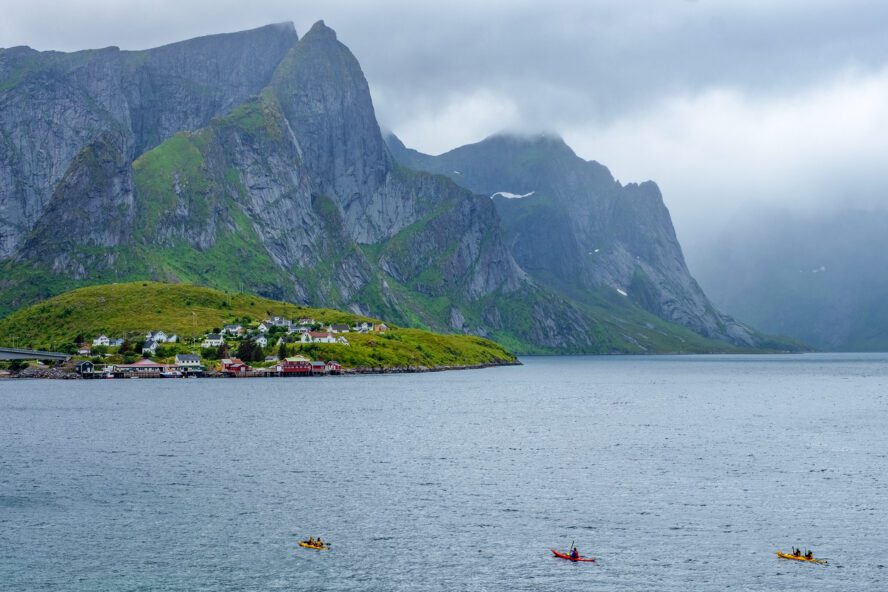 After a good night’s rest, you’ll set sail for Lødingen. It takes around 8 hours to get there, making this the longest sailing trip of the week. Take in the beautiful landscapes along the way and put your newly-learned sailing skills to use under supervision of the crew. After you arrive, your guiding service won’t cook for you, but will take you to a local restaurant instead! Enjoy a delicious meal and spend some time relaxing on board. 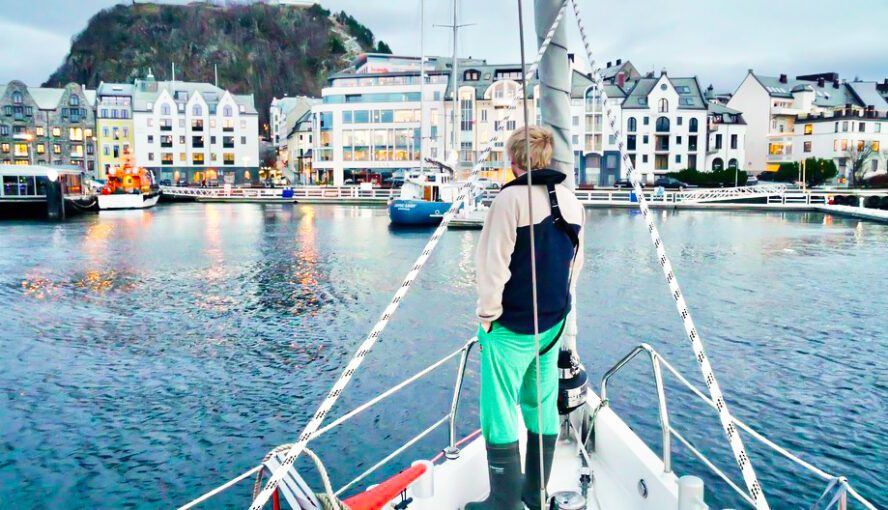 After your last breakfast, you can go for a final hike to a nearby mountain top. Here you’ll soak up the epic panoramas of Lofoten one last time. It’s time to pack your bags and head home. Your guides will drive you to the airport where you’ll say your goodbyes. During your return flight, you’ll reminisce about your incredible voyage and relive the memories of your stay on Moondance. 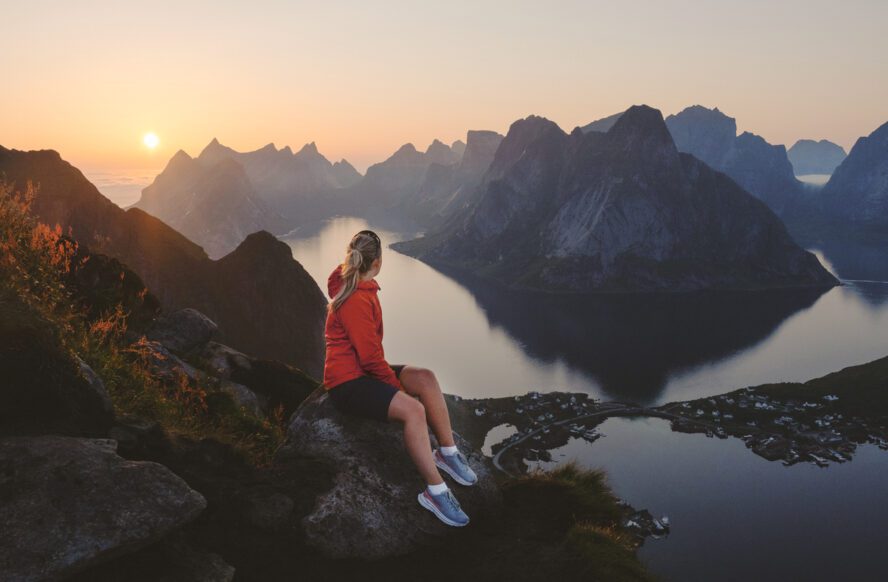 2023 dates coming soon. Join the waitlist below and be the first to know.

We also expect clients to respect local regulations and take measures to protect themselves, guides and the communities they’re traveling to. For more information on COVID-19 measures in Lofoten, Norway, please refer to Norway’s Government website, the Visit Norway website, and Helse Norge Travel Advice.

In order to participate in this sailing and multisport adventure in Lofoten Islands, you need to be reasonably fit and you also must be able to swim. You’ll be kayaking, hiking, camping, swimming, deep sea fishing, trail running, and whale watching, as well as sailing from one fjord to the next for 5 days. Your guide will customize the day to suit your skill level and objectives and make sure you progress at an optimal pace.

NOTE: Once you book this adventure, your guiding service will provide an exhaustive equipment list with all the items that you need to bring. Sleeping bags and a mattress are required for camping, but you won’t need it on board. Your guiding service has plenty of blankets, cushions, and linen.

Sailing and multisport adventure in Lofoten can be arranged for larger groups. Contact us to make arrangements.

If your group has people under the age of 18, contact us prior to booking to make arrangements.

From the moment you want to confirm the booking, your guiding service asks for a 50% deposit (you will receive two invoices of 50% of the total price). Once the first 50% (deposit) has been  completed, the booking is guaranteed and you can count on a place on board that week and your guiding service counts on your participation on the date that they’ve confirmed. Full payment needs to be completed 90 days prior to departure date. Once the trip is confirmed by the guide, the cancellation policy stated below applies.

To get to Lofoten, most people fly into Harstad-Narvik Airport, Evenes (EVE) 1 hour away from Lødingen, where the boat is docked. From there, your guiding service will transfer you to the harbor in Lødingen.

Once you and your guide agree on the details of your itinerary, you’ll meet your guide at the airport and they will transfer you to Lødingen in a van. The guide will choose the appropriate terrain dependent on conditions and the ability of the group.

At the end of this adventure, your guiding service will transfer you to the airport where you’ll part your ways.