Denali National Park and Preserve, Alaska is one of the crown jewels in the U.S. National Park Service. Encompassing 4,740,911 acres, it’s the third largest park in the country and is home to the tallest peak in North America.

Conveniently located near a highway and railway line, Denali National Park and Preserve attracted more than a half million visitors in 2018. Only Alaska’s coastal parks, frequented by large cruise ships, get more visitors.

Hiking and backpacking in Denali is a unique experience. For such a large park, there are few established trails. This is a conscious decision by the National Park Service, with the intent of keeping the park as wild as possible. Visitors are encouraged to explore the trail-less terrain on their own within the limits of their abilities, or with a ranger. But there are still a few options for hikers that prefer trails.

The area near Savage River is one of the few places in the park with established trails, and it has several advantages. Most of the park’s trails are near the entrance area, which is certainly convenient but also tends to be busier. Located 14 miles down the Park Road, the Savage River Alpine Trail and the Savage River Canyon Loop offer a nice balance between convenience and the prospect of a less crowded experience.

Pros and Cons of Hiking the Savage River

The bridge over the Savage River is as far as privately owned vehicles are allowed to travel along the Park Road, which means you have the choice of either driving yourself or riding the free Savage River Shuttle bus. Expect the trip to take about 30 to 40 minutes, unless there are wildlife sightings — which, of course, is part of the fun of visiting Denali! You can make an easy day trip out of it, or you can camp at the Savage River Campground or in the backcountry with a backpacking permit.

Regardless of how you decide to approach the park, on my last visit my hiking partner and I had a great experience hiking both the Alpine and Loop trails – objectives perfectly in reach for hikers committed to an amazing adventure in Denali.

Despite what seems like a short distance, expect the trek to take about three hours. With an elevation gain of more than 1,300’ and grades up to 25%, both the Park Service’s website and our guidebook (Denali National Park, Alaska: Guide to Hiking, Photography, and Camping by Ike Waits) consider it strenuous. But it’s not technical and there isn’t any scrambling, though you may choose to put a hand down to steady yourself at a couple spots near the highest point on the trail.

From the eastern trailhead, the ascent up the western end of Healy Ridge was initially gentle as we followed the modest valley of a small creek. There was even a stretch of boardwalk where the ground is particularly soft. After a gradual climb of a few hundred feet, the trees became smaller and fewer, opening up views of the valley to the south and the rising terrain beyond. The climb became steeper, and the trees gave way entirely to low shrubs, annuals, and grass. Some of the leaves were already starting to change color; it was late August, and autumn comes early at 63° north.

We often stopped to look at the valley to the south and the Savage River to the southwest as it swung north to flow through the canyon we’d shortly see. Soon, the Park Road was just a ribbon of white across the landscape, and the busses started to look like a colony of insects going back and forth.

The trail has great potential for panoramic views. Clear skies will let you see all the way to Denali itself 60 miles away. Although we were hiking in the morning, which tends to be clearer, we found ourselves under a low overcast. The high point of our hike wasn’t obscured, but the tops of the higher peaks were hiding until noon and North America’s tallest mountain would remain safely hidden for the entire day. While seeing the peak against a brilliant blue sky is always a treat, the park offers plenty of other natural beauty to enjoy.

After more than a mile, the trail turned away from the small creek bed. The terrain got steeper, and we began to negotiate several switchbacks. We’d gained 800’ in elevation so far, and still had 500’ more to go. The vegetation continued to shrink and gave way to rock and gravel — making it easier to spot birds, squirrels, and hoary marmots.

The trail tops out on a rocky ridge at 4,000 feet. Even on a cloudy day, the view was stunning, from the valley south and southwest of us to the slopes of Mount Margaret west of us and the river canyon to the north. The ridge top is a bit exposed, but the wind wasn’t strong enough to make it uncomfortable. While it’s a rather steep drop to either side, the ridge is wide enough for it not to be particularly frightening.

From there it was all downhill. The switchbacks were tighter, and the descent down the west side of the trail was steeper than the climb up — another good reason to start from the eastern trailhead. Some might find trekking poles especially helpful on the descent.

Soon enough, with the hard work behind us, we joined the Canyon Loop trail and turned north, following the river as it flowed toward its junction with the Teklanika River, 13 miles to the northwest. The Loop trail is both shorter and flatter than the Alpine trail, covering only 1.7 miles with negligible elevation change. Its eastern trailhead is at the Savage River Day Use Area, and its western end is across the river. Each is about a tenth of a mile from the Park Road and its bridge over the river.

Since it’s an easier trail, we naturally encountered more people as we walked north along the river, but this far inside the park it still wasn’t particularly crowded. After our climb earlier, the relatively flat terrain was a nice respite. The trail closely hugs the river bank, at times close enough to stick a hand in to see just what the rushing water in Denali feels like.

As you might expect for a river fed by glaciers and snowmelt, it’s cold. Even in August.

Despite our stops to freeze our fingers, and a short pause at the footbridge over the river where an unofficial “social” trail heads off towards the rising terrain to the west, we still covered the loop in about an hour, ending our hike at the small parking area across the river from the Day Use Area.

Having been at it for four hours now, we paused for lunch with a new friend we’d made along the way. We went back to the highway, where a park ranger stood watch at a small shack to make sure only authorized vehicles proceeded further down the road. It wasn’t long before the next eastbound shuttle bus came along, and we hopped on for the ride back to the entrance (if you parked at Mountain Vista, you can either stroll an easy couple miles down the road or ask the driver to let you off).

What to Bring to the Savage River Hike?

This is a relatively simple half day hike, so it doesn’t require the same preparation as an all-day trek or an overnight backpacking trip. Still, Denali is a dynamic and wild place, and you’ll want to be prepared in case something unexpected happens.

Although the trail is marked, it’s never a bad idea to be ready to navigate for yourself just in case. There are basic maps available from the Park Service, but a topographic map like the kind produced by the US Geologic Survey is even better. A GPS is handy and I usually always have one — if for no other reason than to be able to figure out where I was when I took various pictures — but electronics can fail and it’s wise to keep a compass in your daypack and know how to use it.

Weather can be unpredictable when hiking in Alaska, so having an extra layer — especially something water resistant — can make all the difference. There are easily packable rain shells available that are so small you’ll hardly notice it until you need it. A hat and gloves in case it gets cold, and sunglasses and sunscreen when it’s clear, are also a good idea. The interior of Alaska is somewhat notorious for its mosquitoes, so be sure to remember the insect repellent of your choice. Even if you put it on before you set out, the climb up the Alpine trail can be sweaty work, and you may find yourself needing to reapply it.

Speaking of sweaty work, you’ll want water with you. While you could pump (and filter or treat) water from the creek on the east side of the Alpine Trail or Savage River on the west end, there’s no water available when you’re hiking up the steepest parts of the trail. My hiking daypack of choice has a sleeve for a liter and a half water bladder, which was plenty for this four-hour trip. Since we finished up in the middle of the day, we also brought an easily packable lunch.

And of course, bring a camera. Even when the skies aren’t a postcard-perfect blue and the mountain is hiding, you’re still going to see some fantastic scenery and you’ll want to show your friends back home.

For us, the trails in the Savage River area of Denali National Park and Preserve are a great balance. They’re easily accessible, yet they gave us a chance to explore a quieter part of the park while still making new friends. It’s a chance to get off the beaten path without having to do any technical mountaineering, and an opportunity to get off the bus and wander without the planning or skills it takes to travel in a trail-less wilderness. Then again, after an experience like this, heading out in the untracked wilds might be what you want to do next! 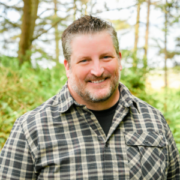 Karl Sander
Skier, hiker, and cyclist in the PNW

Karl is an adventurer and outdoor enthusiast living in the Pacific Northwest, where he enjoys alpine skiing, hiking, road biking, and camping. He’s been skiing for more than 35 years, mainly in the Cascades, Sierra Nevada, and Alaska. He’s camped under Alaska’s midnight sun, toured Washington’s San Juan Islands on bicycle, and his hiking adventures have taken him from the foothills of Denali and the glaciers of Alaska to Mount Adams in the Cascades and the high deserts of the Great Basin. 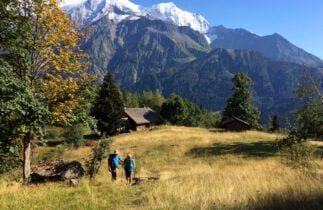 Hiking in Chamonix Is About Much More Than the Mountains 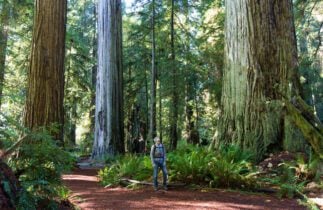 From Seas to Sequoias: The Best Hiking in Northern California