Colorado has something that every backcountry skier dreams of: places where you can hit the slopes year-round.

Colorado is one of the snowiest states in the U.S. and its quality of snow — light and dry — makes it one of the most dependable and appealing places to ski and snowboard in the country. For all of the ski resorts in Colorado — there are a whopping 26 in the state — there are also hundreds of thousands of acres of backcountry skiing terrain outside the resorts’ boundaries. And, there’s something for everyone: from floaty, low-angle hills to steep, nearly-vertical chutes.

Backcountry skiing is one of the best things to do in Colorado because of the easy access to some of the country’s top terrain — particularly tall mountains (think mostly 12,000 feet plus) with thousands of feet of hoot-inducing descension — the infrastructure for backcountry skiing is equally well-established. There are many certified guides who are qualified to take you into the backcountry and find you objectives to match your skill level — all while keeping you safe and educated in avalanche-prone terrain.

Here are a few more specifics to get you started:

What is the ski season in Colorado?

The best time to hit the resorts in Colorado is from December to early March or April. Backcountry skiing is best from December through June. “The first four to five months of the season you want to find low-angle tours,” says 13-year guide Justin Ibarra in regards to avalanche safety. “Then as the snowpack consolidates, the access to spring touring greatly increases.”

With backcountry skiing, it’s important for there to be enough snow coverage on the ground so you don’t get tripped up on natural obstacles — tree stumps, fallen logs, boulders and rocks. Snow starts falling as early as September or October, but the snowpack isn’t deep enough for backcountry adventures until December.

Where is the best backcountry skiing in Colorado?

It depends! While no single town or mountain can claim the mantle of being the best, there are certainly some destinations that are considered first among equals. Crested Butte, home to its namesake mountain at 12,000+ feet plus a pair of 14ers with Capitol and Pyramid Mountains, regularly sits atop backcountry skiers’ lists for must visit locations. Another notable destination includes Rocky Mountain National Park, though skiing here requires commitment, skill, and a guide for all but the most competent backcountry skiers. Vail Pass, with 65,000 acres of terrain, the Aspen Backcountry, and Berthoud Pass are also accessible destinations that offer more varied terrain for skiers of all skill levels.

Learn more about these backcountry hotspots and more to help you decide where to go next.

Colorado goes through strong warming cycles, not only in spring but even in the middle of winter. These cycles can create high avalanche danger, so it’s always important to work with a certified guide or take an avalanche course. Throughout Colorado and other backcountry skiing destinations, look out for AIARE I, AIARE II and AIARE Companion Rescue courses to learn the basics about avalanche preparation or to brush up on existing skills in more demanding terrain.

Which ski resort in Colorado is the best for backcountry skiing?

The ski resorts that work as the best basecamps for backcountry ski access are Arapahoe Basin (affectionately known by locals as “A-Basin”) and Loveland Ski Area. Both are within a two-hour drive from Denver. “These resorts have the most accessible terrain by far,” says Jessica Petrey McGee, a ski enthusiast and director at Warren Miller Entertainment. “There is plenty to ski.”

For a more full-blown backcountry experience, head to Silverton Mountain. “It’s more of a backcountry ski lift than anything, and most of the year you are required to use a guide to show you around the mountain,” Ibarra says. “Red Mountain Pass is also nearby which is a mecca for backcountry touring.”

What is the snowiest month in Colorado?

March is the snowiest month in Colorado with an average of 8.1” of snow across the state. This is when the biggest storms typically occur. “We tend to see moisture in the air,” says Ibarra, “which brings wetter and heavier snow that tends to stick around longer.”

Where in Colorado does it snow the most?

Crested Butte, in Colorado’s southwest corner, sees some of the most snowfall in the state. Its backcountry terrain isn’t highly accessible without hiring a certified guide (or a knowledgeable local), but luckily there are quite a few guiding services in the area. Your best bet is to head to Irwin, about an hour outside of town, and sync up with Irwin Guide’s snowcat operation, Eleven at Irwin. This area, 10 miles from Crested Butte, sees three times as much snow and has everything from cliffs and rock bands to low-angle, wide-open runs.

Wolf Creek Ski Resort in Southern Colorado’s San Juan Mountains sees the most snowfall in the state for a resort with a yearly average of 387” of snow per year. Crested Butte is right up there too. “A mountain range will produce more snow the more perpendicular it is to an oncoming snow storm,” says Ibarra of Wolf Creek. “The most common storm direction we see in Colorado is a SW flow. And due to that and the orientation of the mountain ranges, this area tends to see more snow on average than the rest of the state.”

Winter Park Ski Resort, Loveland Ski Area and Vail Ski Resort fall in line after Wolf Creek according to ZRatings.com’s ranking of ski resorts with the Best Snow in Colorado. They take into account not only the true snowfall but also how it affects the skiing. For instance, they consider which resorts have the most days with 6 or more inches and which have the most north-facing terrain (i.e. terrain angled away from the sun for the best skiing and snowboarding) in addition to other factors.

Can you ski in Colorado year round?

Yes, you can backcountry ski year-round in Colorado. The snow may not always be light and fluffy, but you can certainly shush along on snow even in August and September. Rocky Mountain National Park and St. Mary’s Glacier are two of the main stand-by locations for snow-obsessed summer skiers. Summer is also an awesome time to hit some of the best hikes in Colorado, as the snow melts, and trails become drier.

Osprey’s piece on How to Ski Year Round in Colorado is a valuable resource for other destinations to keep in mind if you’re hoping to hit the slopes instead of the campground. 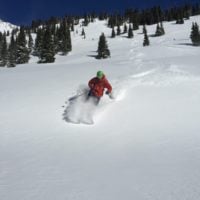 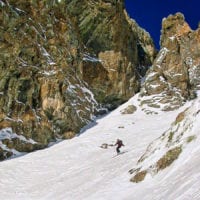 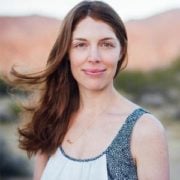 Ali Carr is a former outdoor gear and adventure travel editor at Outside, New York Times’ Wirecutter, Microsoft and Gear Patrol. She spent one day snowboarding in the backcountry heaven that is Vail Pass last winter as her first and last day of the season (kids!). She was nominated for a National Magazine Award for her November 2018 feature in Outside magazine about her father’s disappearance at sea while he was sailing around the world. 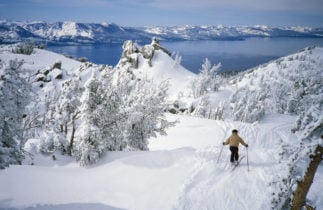 by 57hours in collaboration with local guides

The Best Places for Backcountry Skiing in California in 2022 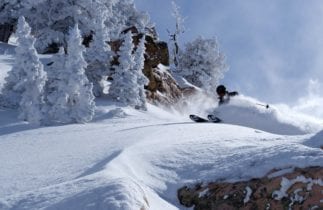 The Best Backcountry Skiing Locations in Utah for 2022 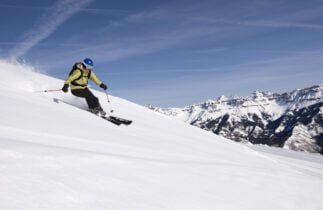