What does it mean to be out in front? For Norie Kizaki, the first U.S.-based woman of color to receive her AMGA pin, the process of breaking trail—and the hard choices made along the way—hopefully makes it easier for others to follow.

When I first heard of the American Mountain Guides Association (AMGA) nearly six years ago, I didn’t even know guiding was a career option.

I was new to the outdoor industry and my only experience so far had been through an undergraduate outdoor recreation program. After graduating, I started climbing consistently and it quickly became a huge part of my life. While I developed as an outdoor educator, rock climbing was the one thing that continued to call my attention.

Through my career in outdoor ed I began to learn the intricacies of rock climbing. At the time, I had endless questions about the systems, rescue techniques, and all the different aspects of the sport. My employer pushed me to pursue a Single Pitch Instructor certification—otherwise, I would have never gone for it.

My path towards certification began.

At times, that also came with the title of being the first one. I did not quite understand the impact it had on me early in my career—mostly the feeling of otherness and like I did not belong in the space. But, it also came with the opportunity to break trail for the women of color to come.

When I sought mentorship about the process, I specifically looked for women of color. I spoke with every community member I could find from across the country. By the time I was done, I could count them all on both hands, with fingers to spare.

And Norie Kizaki was likely to be the first.

You Can’t Be What You Can’t See

It sounds repetitive at this point when discussing the need for representation in the guiding industry—and outdoor industry as a whole—but in the most simple and truest way to express this: you can’t be what you can’t see.

Simply, the outdoor industry lacks diversity and representation from all underrepresented identities.

I think back to the 24 year-old me, who was looking for a little bit of inspiration while I kick-started my guiding path. Seeing women like Azissa Singh, Alejandra Garcés Pozo, Szu-ting Yi, and Norie was comforting and inspiring. They were the first women of color I saw in guiding.

The moment I heard that Norie was officially an American Mountain Guide/IFMGA Guide, I teared up and was overwhelmed with pride. I texted some of the Brown Girls Climb crew and later shared her speech from the pinning ceremony. Norie’s achievement was our achievement because she represents the beautiful intersections of her identities.

Recently, I had the opportunity to sit down with her and ask more about her path.

Norie Kizaki: “In the Mountains, I Feel That Is Who I Am”

Norie was first introduced to guiding more than 20 years ago when she took a clinic with Chicks Climbing and Skiing, where Angela Hawse (IFMGA Guide) showed her the ropes. Angela is one of the first women to become an American Mountain Guide and is the current president of the AMGA.

“I was always inspired in the mountains,” Norie (she/her) tells me. When I asked her if there was a moment where she knew she wanted to become a guide, she responded, “right after the course.”

Although Norie’s love for the mountains was instant, she had to navigate her work visa restrictions and did not have the ability to just leave her job without compromising her stay in the U.S. Eventually, a year later, Norie quit her job and began her career in the outdoors.

In pursuit of a pin and parenting

Norie says that being an Asian woman, who had the desire to be a mother and establish a family, was one of the hardest barriers to navigate in her career.

She was just three programs away from her pin—each one a physically and mentally taxing endeavor that takes weeks and months to prepare for—but felt the pressure of her body changing. Completing her guide certifications and starting a family felt at odds.

While it is not uncommon for guides to be parents and have families, most folks will wait until they complete their programs and certifications to have children This is especially true for female guides.

Norie tried to make it work but in the end she paused the pursuit of her IFMGA pin and began a new adventure, becoming a mother in her 40’s.

Navigating this hard choice and the everyday barriers of being a woman of color and an immigrant, she shared how she had to accept that she cannot change the world. Rather, she leans into her tactics to advocate for herself in her role. And at the same time, show up every day as she is: a mom, guide and Japanese-American woman who crushes.

A first for active mothers

Three years later, Norie returned with a toddler at home, determined to acquire her pin. She did.

When I asked Norie to describe the moment she found out she had passed her last exam, I could hear the excitement in her voice. She was driving with her family for an overnight trip when the phone rang—she hesitated. Her husband encouraged her to pick up, and she began to scream with joy. Her son asked what was going on.

She was officially the first Japanese-American and U.S.-based woman of color to be certified as an IFMGA Guide (via the AMGA)—actively going through her programs while being a mother.

Now, Norie’s vision for the future is focused on career sustainability—making sure that everyone has the opportunity to sustain themselves off their dreams of being a guide. Whether it is someone wanting to start a family and guide or historically underrepresented people establishing their careers as guides. She wants everyone to have a choice and control over their own dreams and aspirations.

Norie made it really clear that she was not trying to be the first one, and in fact, wished that she was not. She longs for a better world in which there are plenty of mothers and people of color in the guiding world. And it is for that very reason that I admire Norie.

While she never asked to be the first, she took on the responsibility of opening that trail for all of us. I am sure that many women of color in my community will resonate with the dynamic—of not asking to be the first yet taking it on and carrying their communities with them.

Yes, it can be tiring and at times stressful as we navigate new spaces. But this feeling of being the only one can be reclaimed too—as an acknowledgment that not only are we the first ones but we carry the honor of breaking trail. 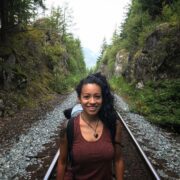 Monserrat Alvarez Matehuala (Guachichil & Mexica) was born in Ventura, CA but grew up in Raleigh, North Carolina where she fell in love with community organizing and the outdoors. She is an outdoor educator, community organizer, climber, and danzante currently based in Boulder, CO. In 2016, she was a part of the national founding team of Brown Girls Climb, LLC, a woman of color-led business focused on centering the leadership of women of color climbers in the outdoors and beyond. She currently works as the DEI Manager at the AMGA, is a sponsored athlete with Outdoor Research, and leader with Latino Outdoors Colorado. 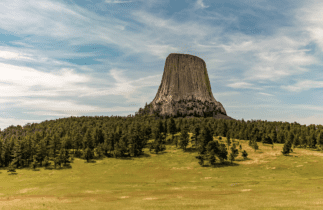 A Local Guide’s Favorite Routes for Climbing at Devils Tower 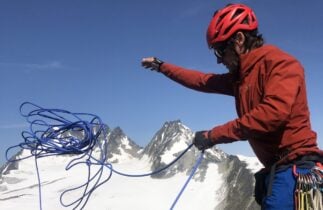 Rock and Snow: My Journey from Ski to Rock Climbing Guide 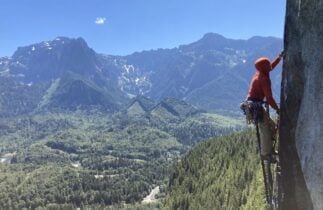 Index: The Trad Climbing Oasis That’s Shaking Off Its Moss