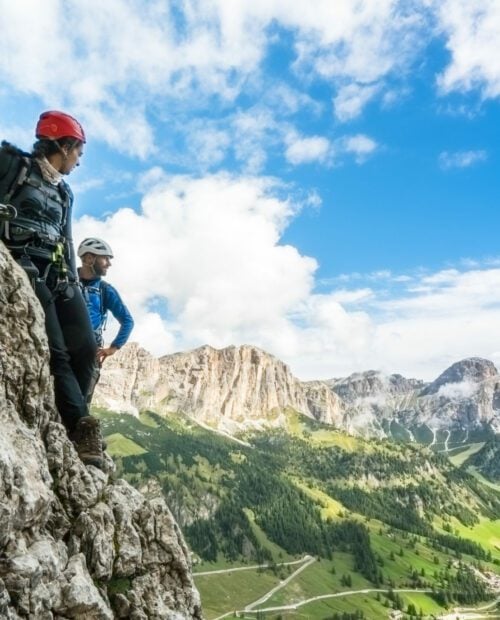 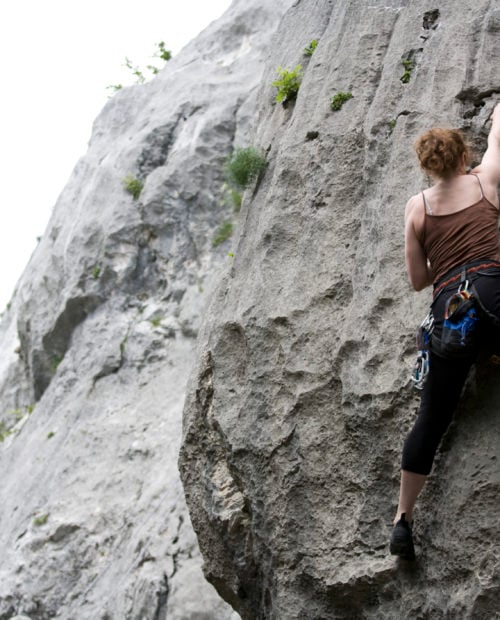 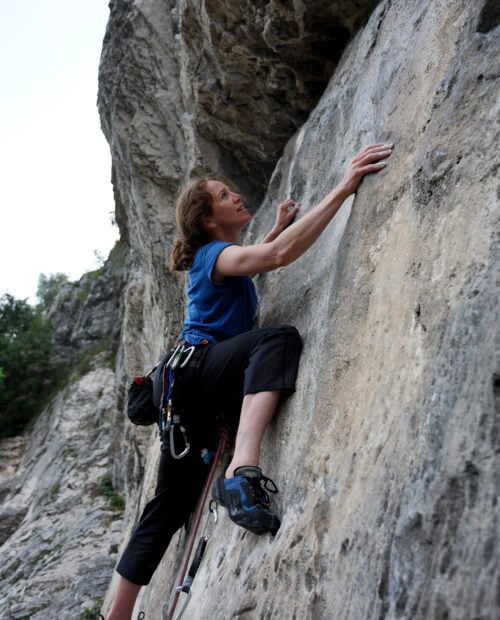 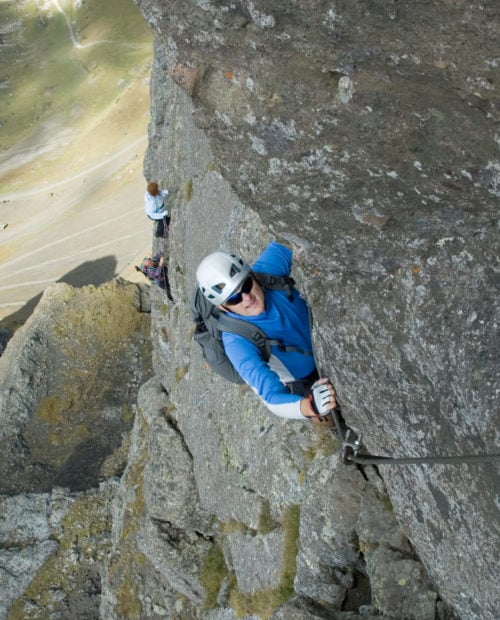 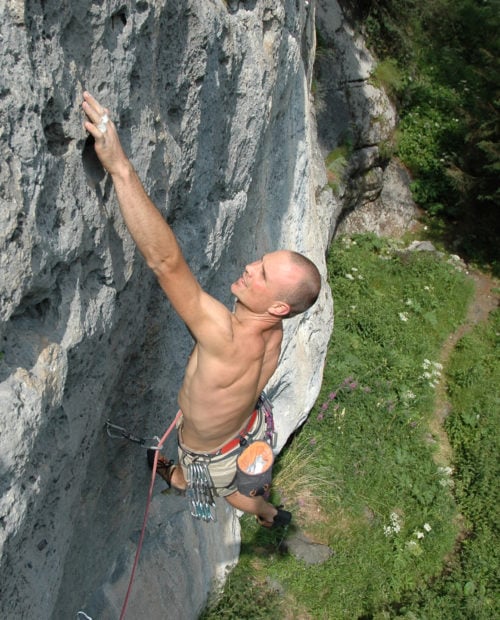 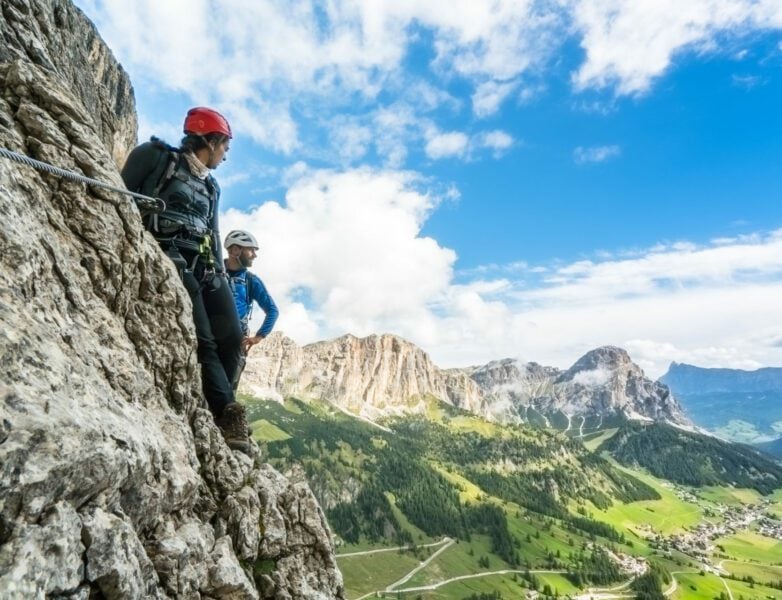 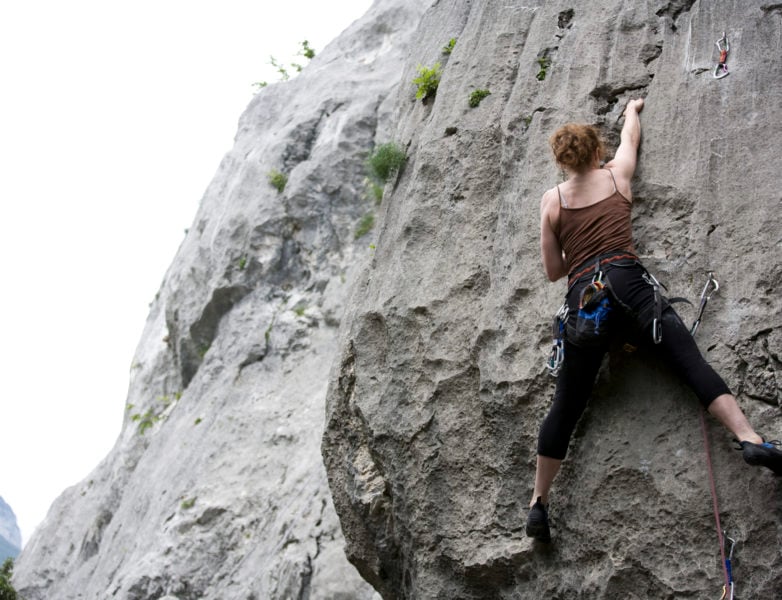 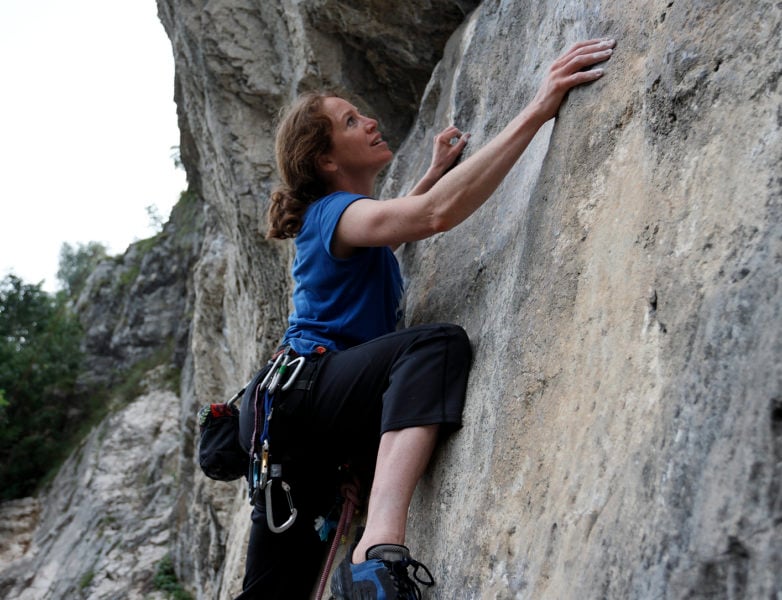 Top three reasons to go rock climbing in the Dolomites

The Dolomites are not your average, ordinary, everyday climbing spot. The area’s distinctive spires, needles, ledges, towers, plateaus, and crags — not least to mention its historical significance during the First World War and unique cultural history — stood out so much so that UNESCO declared it a World Heritage Site in 2009. This part of the Southern Limestone Alps are home to three disciplines of climbing: traditional climbing, sport climbing and via ferrata. Tackle a near-vertical climb along the east face, onto the southwest face and eventually on to the lofty southern arête of Punta Anna. At 2731m, choose between two directional options — either continue up the crest toward the Terza Torre Pomedes and the Doss de Tofana and on toward the summit, or head to the left, down from Bus de Tofana, and continue on the scree run to path 403 leading back to the ferrata’s starting point.

Choose how you spend your day

Full-Day of Climbing Via Ferrata in the Dolomites

Spend the day climbing Punta Anna via ferrata or let your guide surprise you with something perfectly suited for your skill set. If you’re up for the challenge of a steep climb, then Punta Anna is the perfect option for you. Feel the excitement as you traverse along sheer mountain faces and tackle a near-vertical climb along the east face. This ferrata can easily be combined with several others that are nearby, allowing you to turn one adventure into several. Enjoy the breathtaking panoramic views along the way and have an unforgettable climb with your IFMGA guide.

1 day
This is a long and fairly difficult Ferrata – one of the biggest and best in the range, taking over 9 hours to climb! Climb over 1500 meters in vertical altitude and summit Cima Cresta delle Masenade. To finish the route, traverse left along the top of the ridgeline down to the low point known as Forcella delle Masenade. Continue climbing back up to the summit of Moiazza sud. Enjoy great views of Civetta and the towers at the south end of the Civetta Massif. Let your expert guide lead you through the challenging parts and enjoy the success as you conquer two phenomenal summits!

Dolomite Mountains creates unique and active outdoor experiences in Northern Italy’s Dolomites and beyond. Their roots are in the Dolomites, one of the most beautiful mountain landscapes on Earth that provides an unparalleled location for hiking, biking, climbing, skiing and much more! Dolomite Mountains has the benefit of local knowledge and expertise unlike any other, providing authentic experiences and exploring the local culture in addition to the vast panoramas and trails. 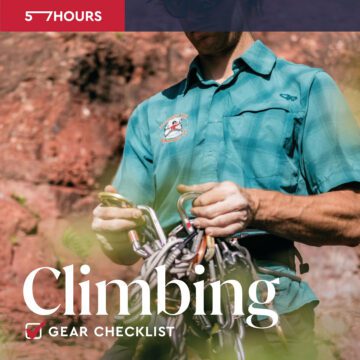 Covid measures in the Dolomites, Italy

We also expect clients to respect local regulations and take measures to protect themselves, guides and the communities they’re travelling to. For more information on COVID-19 measures in the Dolomites, Italy, please refer to the official Italian Department of Health website.

The complete Via Ferrata routes can last up to 10 hours and require more stamina and skill. Your guide will discuss with you all possible options before determining the exact route.

The Dolomites have plenty of options for beginner climbers with several via Ferrata routes. With a guide by your side, you’ll learn something new, stay safe on the rocks, and most importantly, have fun!

For intermediate climbers, the Dolomites have loads of routes to spend the day on. Your guide will discuss your objectives and customize the day to your goals. Let your guide plan the day so you can focus on developing your skills while climbing the classic routes or best hidden gems the area has to offer.

Here’s a list of the equipment we suggest you bring:

Climbing days can be arranged for bigger groups. Contact us prior to booking.

To get to the Dolomites, IT, most people choose one of the near-by airports. Innsbruck in Austria is 1.5 hours away, Verona and Venice, IT, are just under 2 hours away, and Milan is 3.5 – 4 hours away. From there, you can rent a car or take a bus or train ride to the meeting location.

Once you and your guide agree on the details of your itinerary, your guide will suggest the best place to meet, whether that’s at the guide shop or a predetermined location. The guide will choose the appropriate terrain dependent on conditions and the ability of the group.

Other things to do in Italy 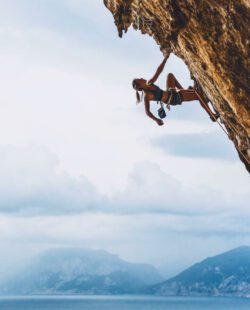 Sailing and Rock Climbing in Sardinia 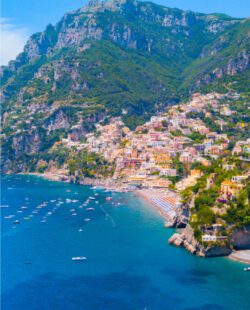 View all adventures in Italy