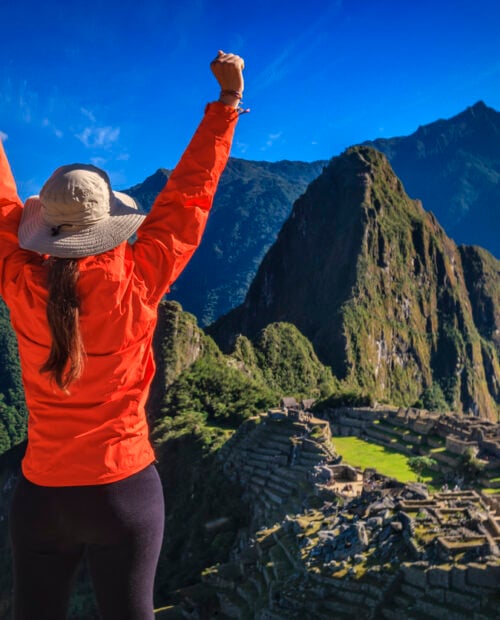 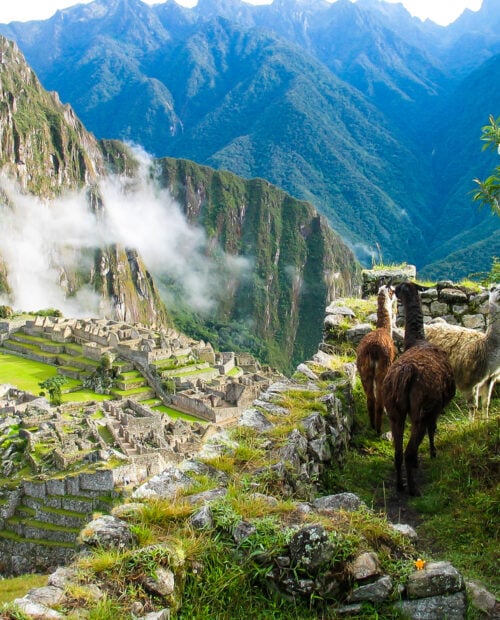 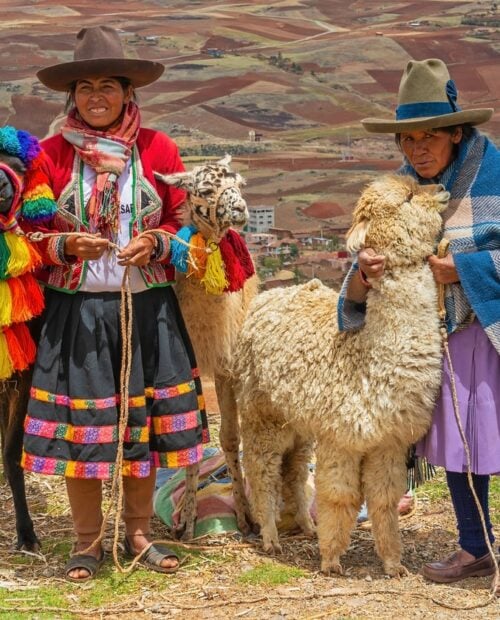 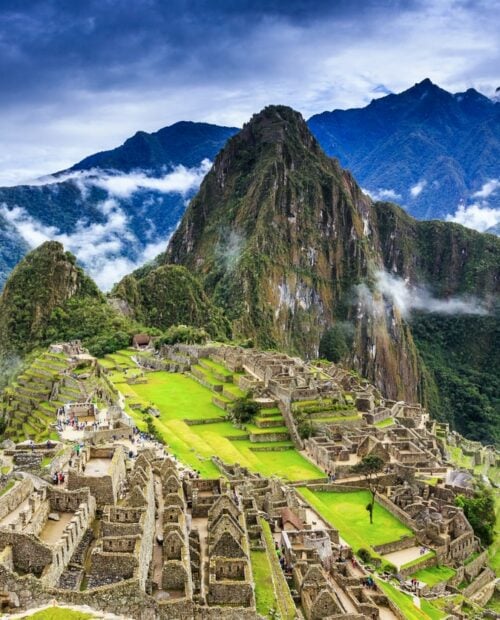 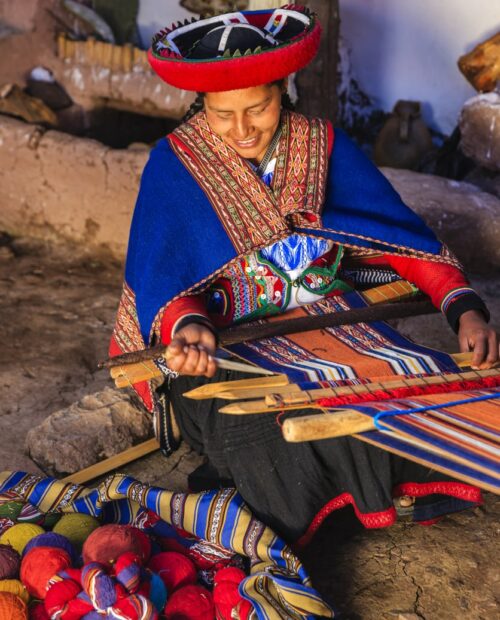 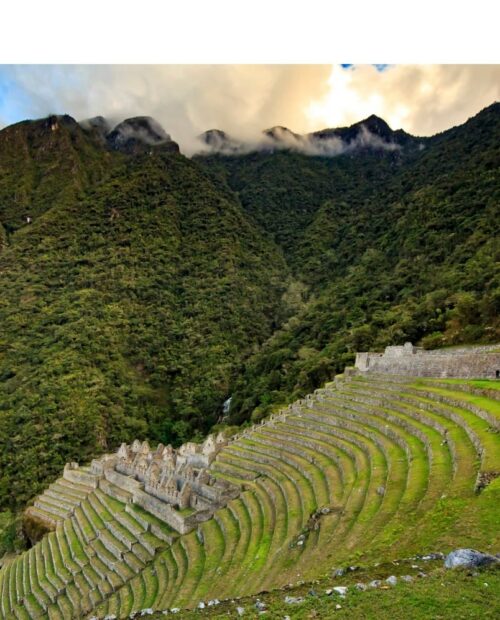 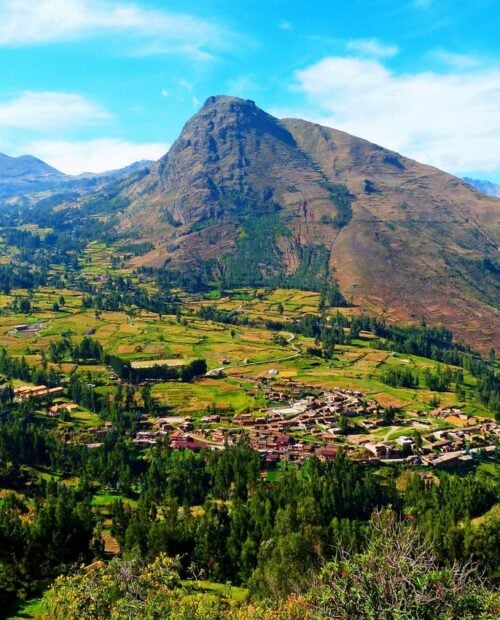 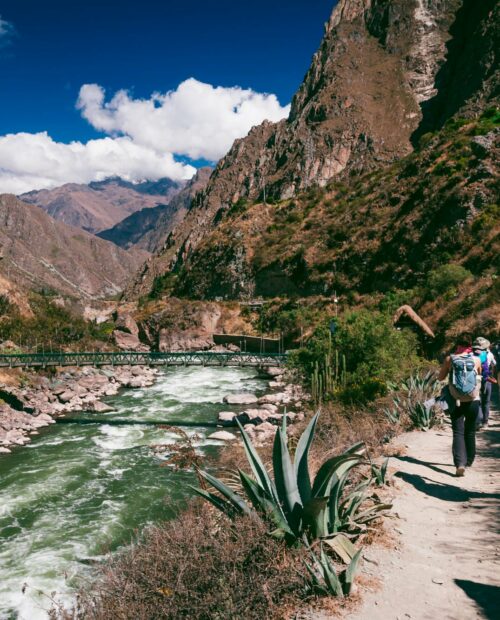 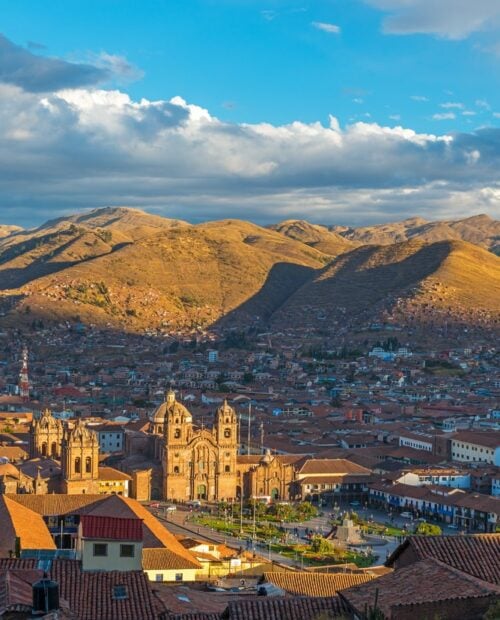 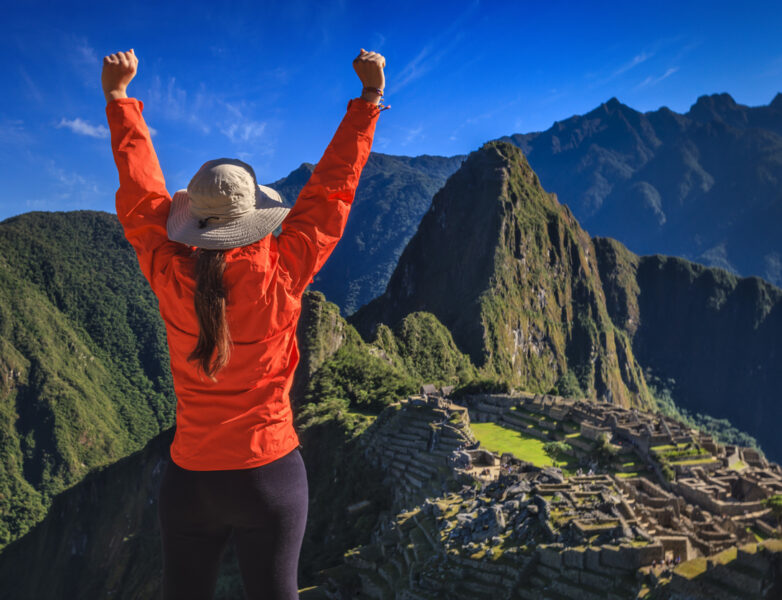 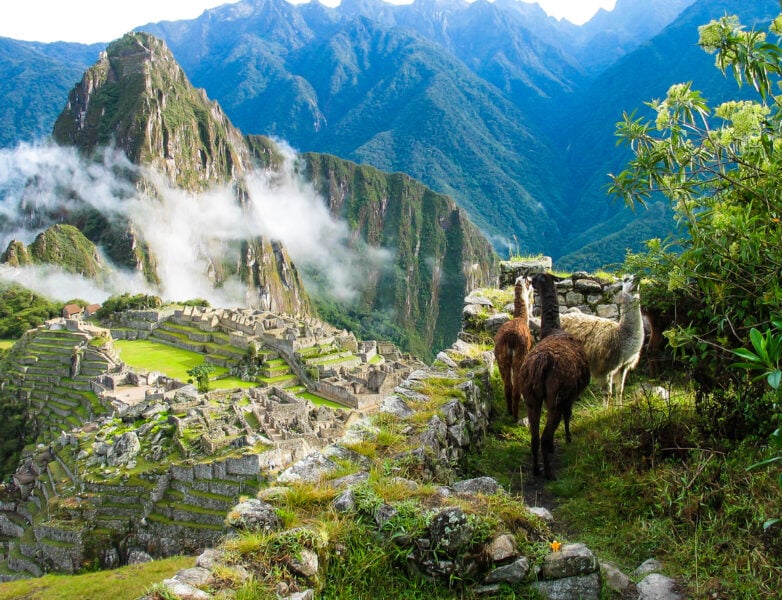 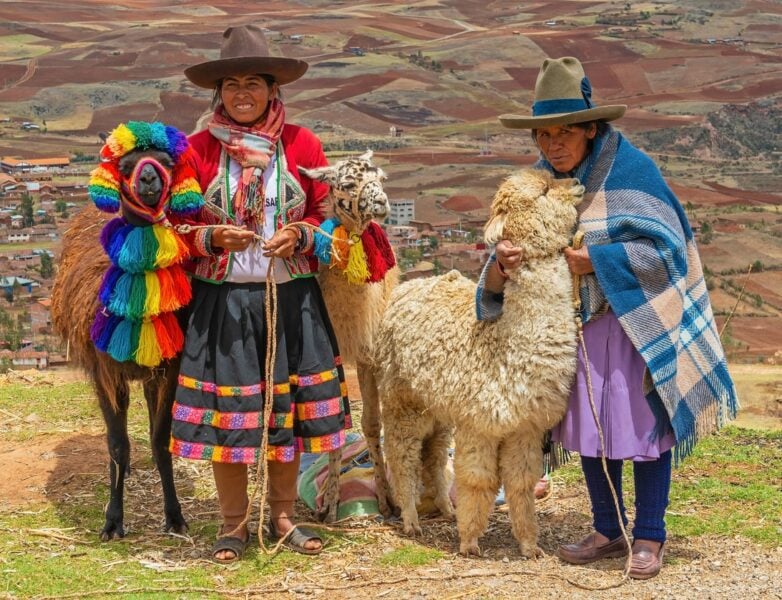 Deep in the world’s longest mountain range, the Andes, lie the remains of the Inca, a once-largest empire of Americas. Somewhere between heaven and earth, perched among the clouds, rests Machu Picchu—the sacred Incan citadel at 8,000 feet. After mingling with Quechua people and learning about their traditions, take on the Inca Trail’s stairway to heaven and reach unimaginable heights. Journey the 26-miles-long ancient narrow paths used by the Inca in the 15th century—your fitness will be challenged with steep mountain paths and peaks at high altitude, but also rewarded with ancient ruins, lush cloud forest and finally, the Lost City of the Incas. They say only the sky’s the limit, but this all-women hiking tour to one of the New Seven Wonders of the World will make you question that.

Discover the lost empire of Inca civilization with your all-women group on this epic journey to ancient Peru! Following a stroll through Cusco, the imperial city of Incas, visit an indigenous village up in the mountains and let the Quechua people themselves tell you about their way of life. Having acclimated to the altitude, start your guided hiking tour to Machu Picchu via the worldly-renowned Inca Trail. Expect a challenging hike, at times strenuous, but keep in mind what’s waiting for you at the top! Along with your fellow women hikers, porters, cooks and guides, reach the iconic Inca citadel of Machu Picchu 8,000 feet up in the air.

Start your all-women’s journey of a lifetime in Cusco, the historic capital of Peru which the Incas once considered to be the navel of Earth. After settling in your hotel in the heart of the city, take a warm-up hike through the San Cristobal neighborhood. Get a great view of the imperial city of Incas founded 11 000 feet (3,400 m) up in the Andes. Wander through the colonial center of the city, Plaza de Armas, and visit 500-year-old cathedrals. Meet your expert guide and your fellow hikers.

On your second day, you’ll do a lot more than hiking and sightseeing. Drive up the Sacred Valley to a small indigenous village outside of Chinchero, also known as the birthplace of the rainbow. As part of a community outreach project, you’ll have an opportunity to learn from Quechua people, indigenous people who’ll tell you about their sustainable way of life, spirituality and connection to Mother Earth. You’ll also learn how they support themselves by farming and weaving, both of them being important parts of Peruvian culture. Hear their native tongues, see how they traditionally dance and let them flaunt you their traditional Andean clothing!

The time has come for your four-day, three-night, 26-miles-long (42 km) Inca Trail. Together with your group you’ll arrive at Ollantaytambo where you’ll meet your team of local porters, cooks, and expert guides—you can expect three gourmet meals cooked for you along the trail, and they’ll even set up your tent every night! The kilometer 82 marker indicates the beginning of the most famous hiking route of South America, the Inca Trail. Enter the microcosm for the 4 days ahead of you, climb up steep Andrean mountain paths surrounded by an array of Incan ruins and Andean environments, and end your pilgrimage at one of the New Seven Wonders of the World, Machu Picchu.

Continue your hiking tour with views of the Veronica Mountain towering over the Sacred Valley. There’s a challenge awaiting you on your second day of hiking the Inca Trail, and it’s the Dead Woman’s Pass, the highest point of the trail at 13,879 feet (4,215 m). After successfully conquering this peak, nothing can stop you—only lower altitudes and less physically exerting hiking lie ahead. After a delicious Peruvian meal, fall into the comfort of your already set-up tent.

On your third day of hiking the Inca Trail, you’ll pass snow-white glaciers of the Vilcabamba mountain range and see the ruins of an ancient city among clouds, Phuyuptamarca. Descend to a forever young Inca site, which is the literal translation of Wiñay Wayna overlooking the Urubamba River where you’ll find your final campsite of the trip.

Depart the campsite before daybreak to be one of the first hikers through Inti Punku, the so-called Sun Gate which was once a fortress to the sacred city. You’ve made it—you’re now floating among the clouds in the iconic Inca citadel of Machu Picchu! Wind through the paths of the archeological site while hearing from your expert guide about the citadel’s history and cultural significance. After you’ve taken in the views, take the train from Aguas Calientes to Ollantaytambo. Spend your last night of the trip back in Cusco.

After a challenging and tiring couple of days, enjoy your final breakfast and say goodbye to your fellow female hiking friends. You’ll be taken to the airport during the day.

CrossoverPeru offers small group adventure tours all around Peru and South America.They are the perfect choice for anyone looking for a unique adventure in Peru. Experience historical Incan trails, Machu Picchu, Rainbow Mountain, and many more without needing to hire a car or do any of the planning!

Nicole M about CrossoverPeru on TripAdvisor

The Crossover Peru team led by Edwind was amazing! I was blown away by their attention to detail, professionalism, energy, positive attitude and effort. They did whatever they could to make the experience more enjoyable for my friends and I. The food on the trail was delicious. They prioritized my safety and fun. Edwind made sure the journey was educational and he set really great expectations for the length of our journey and difficulty of the hike. He never left anyone behind and made sure we knew we had his full support the entire time. These porters and guides do a fantastic job and I would absolutely recommend them to future Inca trail travelers!

Meg D about CrossoverPeru on TripAdvisor

Our trip leader, Edwind, and all the porters made my Inca Trail experience so amazing. I am still in utter shock and awe about the time I had. Edwind really went above and beyond for my group and really cared about each and every one of us. You can tell how passionate he is about the Andes, the Incas, and the outdoors. The porters really worked so hard to make our experience so phenomenal as well. The food was absolutely amazing. Trip of a lifetime! I will remember this for the rest of my life.

karen c about CrossoverPeru on TripAdvisor

Yaritza was excellent. She met us in Cusco to explain what to expect going up the mountain. She checked on us the night before to make sure we were set. The morning of the climb we met early and she negotiated us through the bus ride. We had a great climb to the top learning the key points on history, nature and people. That along with her company and the magnificent pictures made it all unforgettable. She will be our guide next time, our friends too. Many Thanks!!!

Download hiking gear checklist
Prepare for the trip.
Get complete checklist for hiking and camping equipment.
Check your inbox

We also expect clients to respect local regulations and take measures to protect themselves, guides and the communities they’re traveling to. For more information on COVID-19 measures in Peru please refer to Peru’s COVID-19 recommendations.

While previous hiking experience is unnecessary for all-women’s hiking to Machu Picchu, you’ll need to be in considerably good shape. Keep in mind that you’ll mostly be ascending or descending steep trails, and that you’ll be hiking for periods of several hours per day. Prior to your trip, you can prepare by exercising on steep inclines or even stairs. Don’t forget about a big change in the altitude—you can take some personal medication if needed.

Hiking in Machu Picchu can be arranged for larger groups. Contact us to make arrangements.

If your group has hikers under the age of 18, contact us prior to booking to make arrangements.

A $250 deposit to secure your place is due upon booking. The deposit is non-refundable, since the Inca Trail tickets are not refundable nor transferable.

The rest of the amount must be paid 3 months prior to the start of the tour. Once the spaces are confirmed, the trip is non-refundable.

Once you and your guide agree on the details of your itinerary, your guide will suggest the best place to meet, usually at your hotel in Cusco.

Other things to do in Santa Cruz, Peru 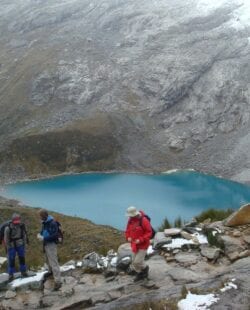 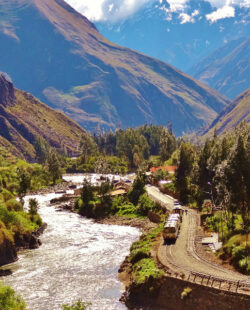 Explore the Andes and Machu Picchu by Train

View all adventures in Peru