In collaboration with SNEWS, we surveyed adventurers and mountain guides to find out how prevalent discriminatory route names are in the climbing world. Here’s what we found out.

57Hours and SNEWS recently collaborated on a survey addressing climbing route names, particularly those that have been flagged as discriminatory or offensive. The goal of the survey was to understand the opinions of those in the outdoor industry — both adventurers and mountain guides — and bring attention to the issue. 57Hours founder Viktor Marohnic said, “As a company that strongly supports the current racial justice movements, we were especially curious to understand how widespread this issue is, and whether people think these routes should be renamed.” The results speak for themselves.

SNEWS put out a one question survey asking readers if they’ve ever encountered a racist route name while climbing. An astounding 91% (516 voters) replied “yes, several times.” 57Hours asked the same question to their network of guides and, similarly, 81% commented that they have at least once encountered a route name they considered to be racist, sexist, discriminatory, or otherwise offensive. 57Hours also continued with a more extensive survey, digging deeper into questions like whether the prevalence of certain route names deter women and BIPOC from participating in adventure sports like climbing and mountain biking. 43% agreed that was the case. One survey responder commented, “When we enter the sport, they’re subtle reminders that add to a feeling of not really belonging.” 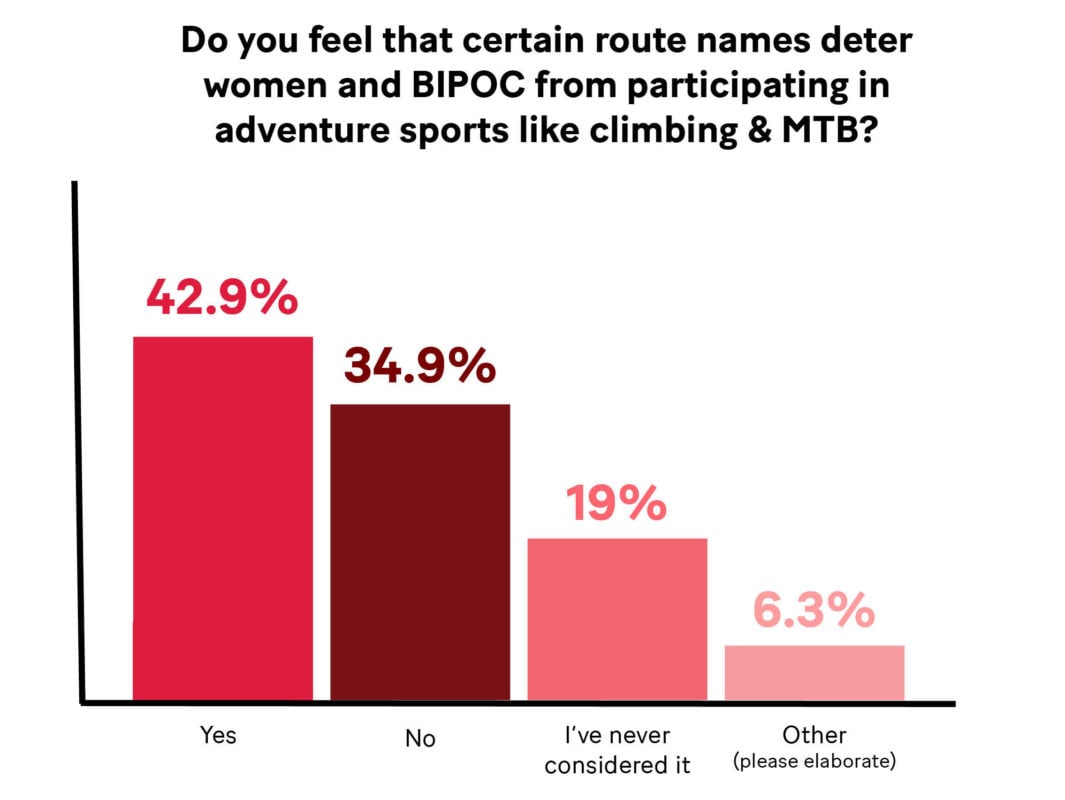 57Hours also asked their network of mountain guides if they ever avoid certain routes because of their names, such as while guiding families or adventuring with women or BIPOC. 23% said they would avoid the route altogether, and 16% said they won’t mention the name to their clients. Among those polled, 75% agreed that any route names that are considered to be discriminatory should be renamed, with 87% agreeing that the First Ascensionist(s) should first be given the opportunity to rename the route. 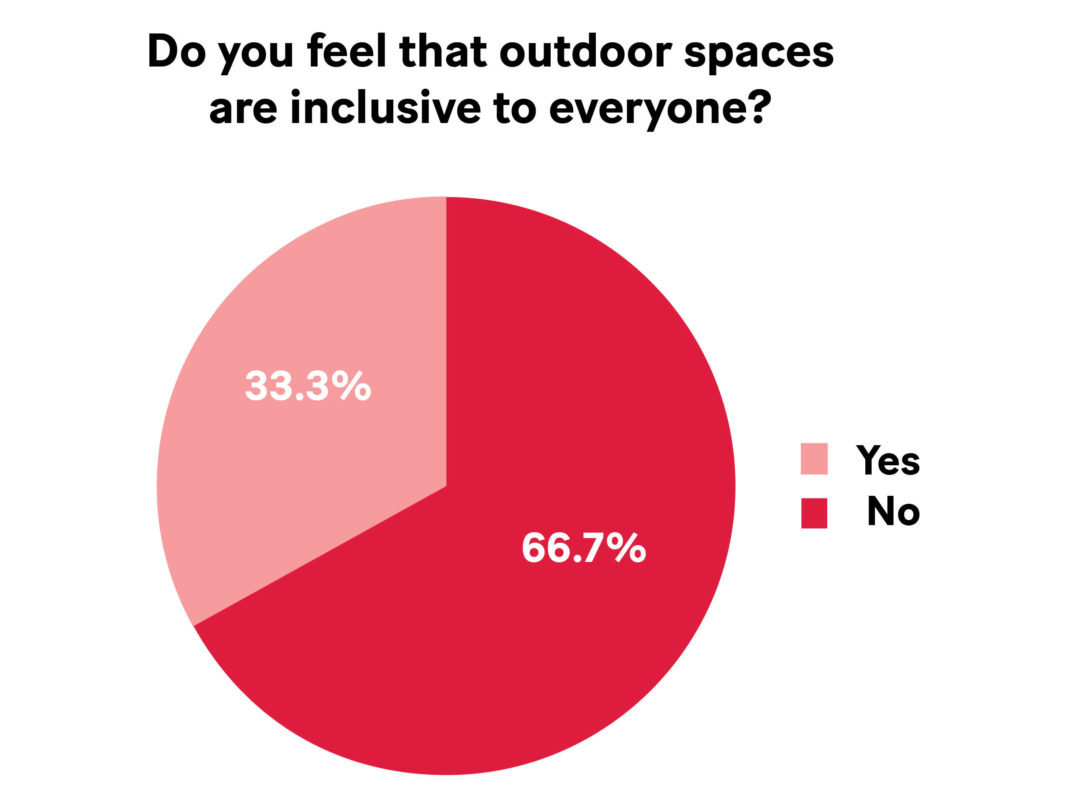 As a final question, 57Hours asked their network of mountain guides if they feel that outdoor spaces are inclusive to everyone. The overwhelming sentiment was, “they should be, but they are not.” It’s a commonly acknowledged fact that there’s a lot of work to be done to make the outdoors an inclusive space. The discriminatory nature of route names certainly plays into this formula of exclusion. In the same way that confederate statues and racial slurs are being actively removed from modern culture, a process of renaming certain routes should follow suit as an act of standing in solidarity with racial justice movements. As one respondent said “It should be the responsibility of the community to provide an inclusive environment”, and that begins with re-evaluating some of these route names.