Las Peñas de Dexcaní (a.k.a. Jilotepec) is a collection of beautiful cliffs with some of the best sport climbing you’ll find in Mexico. In fact, starting in the 90s, climbing really took off here and around Guadalajara when bolting became popular. As a result, you’ll find many classics, and a few of the hardest lines around, among this volcanic stone.

To speak of the stone, it is “weird”; that’s the first word that comes to mind. If you think of solidified mud, you’re close, except that it’s solidified ash from the last eruption around 200,000 years ago. Welded into the conglomerate are pebbles and cobbles almost like it’s an indoor gym—outside—typically with one hell of an overhang. Like in the gym, the holds (cobbles) vary in size from peanuts to fridge-sized monsters except you’re clinging high on the mountainside at 10,500 ft of elevation, surrounded by the largest reserve of oak trees in Mexico. No gym can come close to that!

Even though the athletic overhangs are the trademark of the crag, this place also holds some excellent balancy, slabby, and vertical 5.8s, 5.9s, and low 5.10s, which we tend to frequent with our climbing schools. Routes are anywhere from 12 m to 30 m, and for those just learning to sport climb, the overhanging aspect makes this a great place to practice safely because when you fall off, there is nothing really there you can hit. 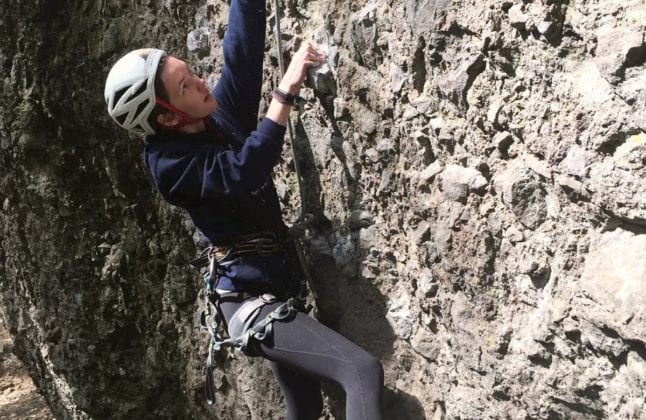 If you are still not convinced, let me just mention that Jilotepec was a stop of the 2010 Petzl Rock Trip. Every few years, Petzl (aka the Rolls Royce of climbing gear) sends their elite athletes to develop the finest rock climbing spots around the world and being on Petzl’s map is a testament to the Jilotepec’s quality. Since 2010, Jilotepec has grown to be the place with the hardest sport climbs in Mexico, culminating with the country’s first 9a, Lujuria, sent by Mau Huerta, in 2016.