Skip to content
Aimee started climbing in 1980 and guiding in 1985. She was a member of the 1990 U.S. Women’s climbing team and has competed at a World Cup level. Her professional career has been dedicated to developing the skills of new climbers, while inspiring seasoned climbers to achieve their goals. In 1995, Aimee launched the Women’s Network with the “City Girls” event in City of Rocks, Idaho and has been empowering women in climbing ever since. In the spring and fall seasons, Aimee can be found in the canyons of southeast Utah, overseeing Jackson Hole Mountain Guides’ Moab Branch. 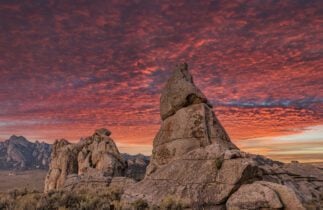 Climbing in the City of Rocks: Answering a Silent Call